Reopening will not lead to an economic boom: CIBC's Tal

Sentiment around personal finances, job security and economic growth rebounded in May and early June from record lows, but those improvements have since stalled. Only a recovery in the outlook for real estate is keeping broader confidence levels outright declines.

The Bloomberg Nanos Canadian Confidence Index, a composite measure of financial health and economic expectations, ticked higher to 46.7 last week, after falling slightly the week before.

The index has hovered around current levels since mid-June.

That’s consistent with warnings by the Bank of Canada that the rebound from the recession will be a slow and gradual. Sentiment collapsed four months ago after the country shut much of its economy, and has since made up only about half those losses. 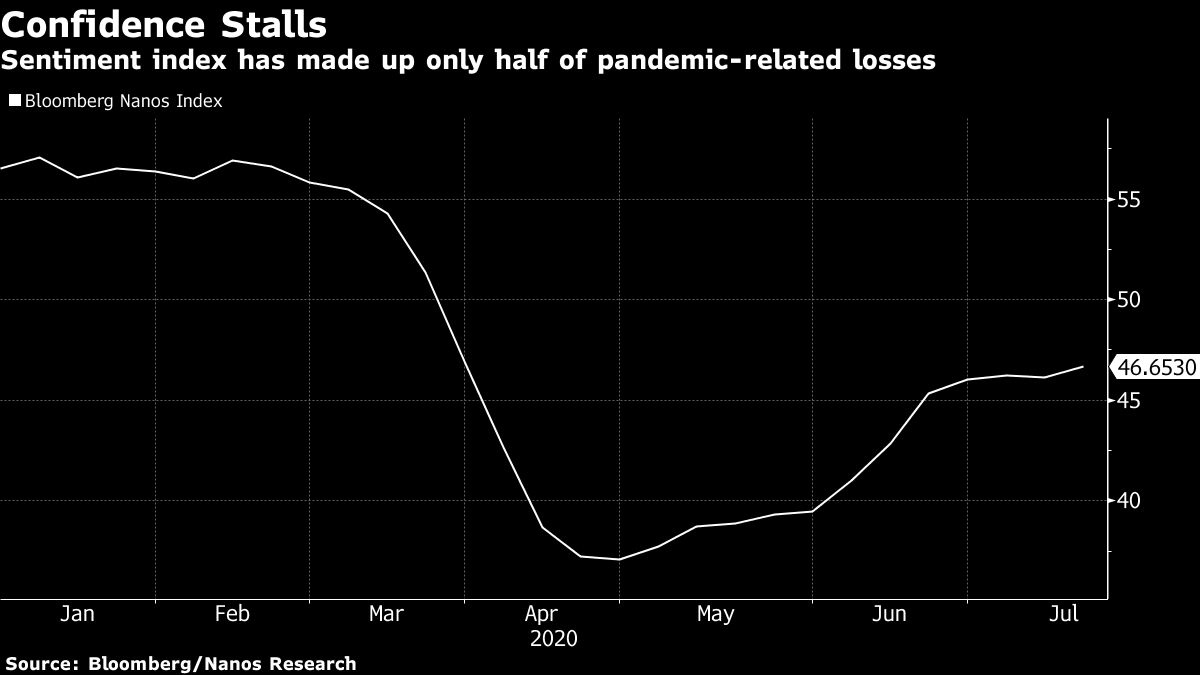