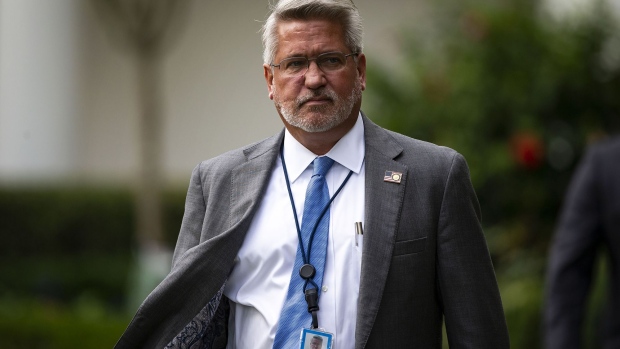 (Bloomberg) -- Fox News and former top executive Bill Shine were sued by a onetime booker for the network who says she was subjected to decades of abuse by ex-chairman Roger Ailes and blackmailed to secure her silence.

The lawsuit was filed on Wednesday by Laura Luhn in New York state court under the state’s Adult Survivors Act, a new law that gives victims a one-year window to file sexual assault claims no matter how long ago the alleged abuse occurred. In the suit, Luhn makes claims of discrimination and negligence against Fox for letting Ailes abuse her and against Shine for going along with it.

Luhn, who began working for the network in 1996, received a settlement of about $3 million in 2011 after making harassment complaints against Ailes, according to New York Magazine. Fox has said the network’s parent at the time, News Corp., was unaware of the settlement because of its relatively small size.

“Roger Ailes used his position as the head of Fox News to trap Laura W. Luhn in a decades-long cycle of sexual abuse,” lawyers for Luhn said in the complaint. “To ensure her compliance and public silence, Ailes photographed and videotaped Luhn in compromising positions — blackmail material that he explicitly described as his ‘insurance policy’ — and made clear to Luhn that any attempt to speak out or stop the abuse would result in severe personal humiliation and career ruin.”

Luhn is seeking a jury trial and monetary damages in an amount to be determined at the trial.

“This matter was settled years ago, dismissed in subsequent litigation, and is meritless,” Fox News said in a statement. A lawyer who has previously represented Shine in litigation involving the network didn’t respond to a request for comment.

Ailes, a former US presidential adviser who built Fox News into the most-watched cable news network in the country, died in 2017. He resigned from the network a year earlier, after former anchor Gretchen Carlson filed a harassment complaint against it that was followed by claims by other women, including Luhn.

Shine resigned in 2017 in the wake of the scandal and later served in Donald Trump’s White House as deputy chief of staff for communications, leaving the post in 2019 after eight months.