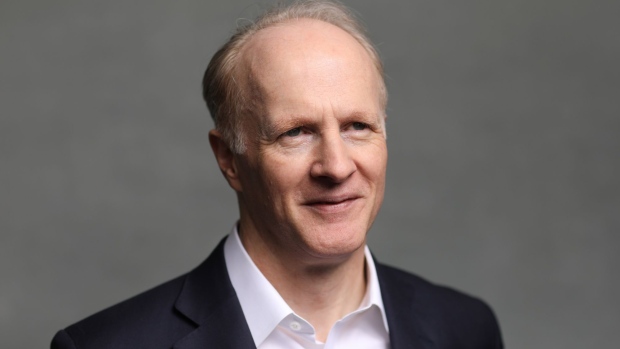 Mark Machin, president and chief executive officer of the Canada Pension Plan Investment Board, poses for a photograph following a Bloomberg Television interview ahead of the World Economic Forum (WEF) in Davos, Switzerland, on Monday, Jan. 20, 2020. World leaders, influential executives, bankers and policy makers attend the 50th annual meeting of the World Economic Forum in Davos from Jan. 21 - 24. , Bloomberg

Mark Machin’s swift resignation as head of the Canada Pension Plan Investment Board following a trip to the United Arab Emirates where he received a COVID-19 vaccination drew a range of reaction from finance leaders, governance experts, and veteran politicians.

Here’s what some of them told BNN Bloomberg as the news broke Friday morning:

“I’m certainly not looking to get ahead of the queue. That would be immoral, quite frankly. At this point, what we are focusing on is ensuring that we can get our most vulnerable vaccinated first in this province and then carry on right to the general population.”

As Alberta continues to work on recovering from the COVID-19 pandemic, the province’s 2021-2022 budget predicts a deficit of over $18 billion. Travis Toews, Alberta's finance minister, joins BNN Bloomberg to discuss the budget and the issue of the Keystone XL project.

“It takes two people to play tennis. So, the board has an obligation to say to senior management, ‘Listen, you need to come forward. We realize these are extraordinary times. Normally, we wouldn’t have to approve your travel or your vacation, but now we will at least for the foreseeable future.’ And second, executives have an obligation, if they’re in doubt, to disclose fully to the board… It would impair their brand and reputation as well, so the teachable moment for all this CEO travel and even politician travel is full disclosure.”

Richard Leblanc, professor of governance, law and ethics at York University, says CPPIB did the right thing in accepting Mark Machin's resignation this morning. He said the biggest lesson this leaves for other companies is that high-ranking officials should fully disclose details of their travel to the entire board so that an informed decision can be made on whether or not travel is granted.

“I don’t think that there’s ever been a situation where a change, for whatever reason, at a major pension fund or financial institution has really changed anything… This is going to be a front page story for a day and it has no material impact, at least on what anybody’s view is on the economy, the financial markets. This is a tempest in a teapot.”

David Rosenberg, chief economist and strategist of Rosenberg Research, provides his market outlook on surging bond yields. He doesn't see inflation being a permanent problem. He also views the breakout we're seeing in bond yields as an attractive opportunity.

“It’s not really so much that he took a trip to the Arab Emirates, it’s that he is perceived at least to have used his influence as the CEO of one of the largest sovereign pension funds in the world.”

Former finance minister Joe Oliver says that while no private citizen should be allowed to exert influence to get vaccines abroad, Canada should have done due diligence before relying on China-based CanSino for vaccine doses early in the pandemic.