GameStop Corp. shares rose after the company named Elliott Wilke as chief growth officer, the latest in a string of senior executive appointments, and part of a corporate overhaul by activist investor and board member Ryan Cohen.

Wilke joins from Amazon.com, where he spent the past seven years, and will start on April 5, while Wolfe and Petersen were previously at Chewy Inc. and joined the company effective Monday. 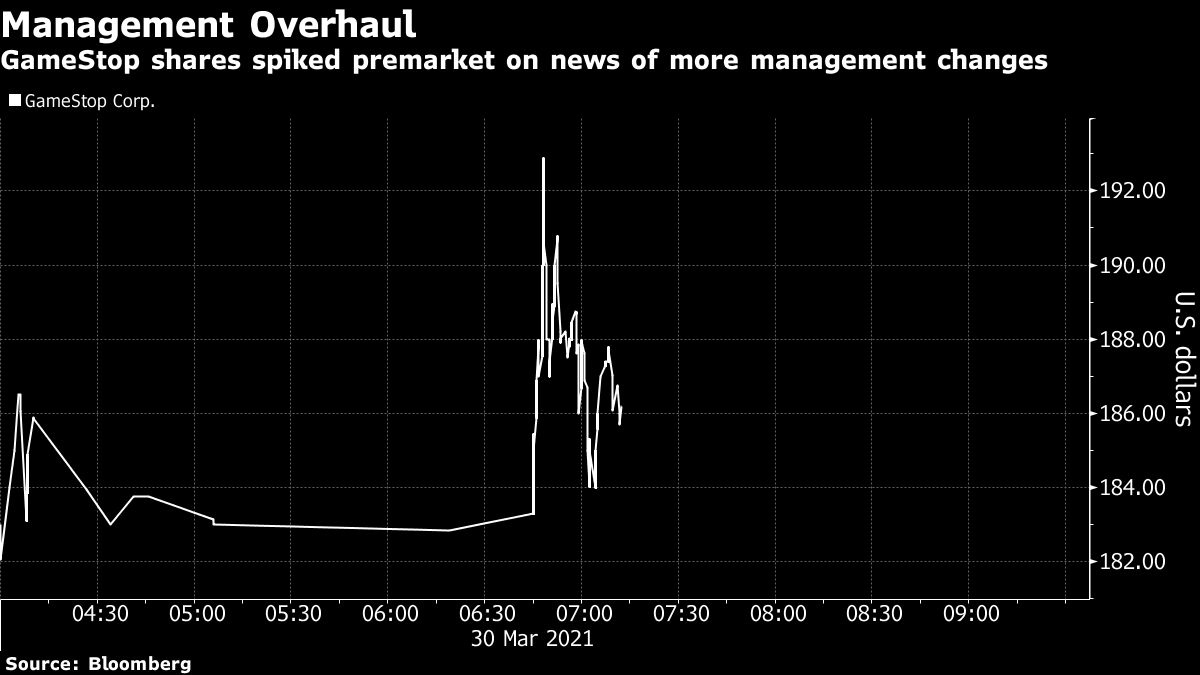 Prior to Tuesday’s appointments, Cohen had brought in a number of new executives, including a chief technology officer and Chewy’s former vice president of customer care. GameStop’s chief financial officer was pushed out last month as part of the revamp, and was followed last week by another senior executive.

GameStop, based in the Dallas suburbs, has suffered with the video-game industry’s shift to online distribution. With gamers downloading more and more -- or at least ordering software and gear via e-commerce -- there’s less reason to make a trip to a physical store.

Last week, the roller-coaster stock championed by Reddit-based traders, reported disappointing fourth-quarter earnings and hinted at the possibility it may sell additional shares to take advantage of soaring demand. GameStop has rallied more than 860 per cent so far this year.