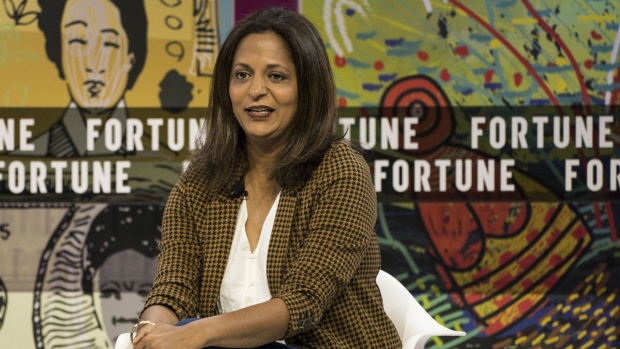 Gap Inc. named its Old Navy leader, Sonia Syngal, as chief executive officer as the apparel retailer looks to reverse falling foot traffic and sales while it pivots to a new strategy.

Syngal, 50, will take over as of March 23, the company said in a statement. She became CEO of Old Navy in 2016 and her previous roles include executive vice president for global supply chain and product operations at Gap. She joins the small cohort of female CEOs running Fortune 500 companies.

Robert Fisher, the chairman who has served as interim CEO while the company looked for a permanent replacement, said that Syngal will “make the decisions necessary to deliver value from our portfolio of brands over the long term.”

Gap shares rose 1 per cent in late trading on Thursday. The stock has lost about a quarter of its value so far in 2020, continuing the broad slump that began in 2018.

Art Peck departed from the role of CEO in November after leading the apparel retailer since 2015. One of his last acts was to try to spin off Gap’s discount chain Old Navy from its other brands -- an attempt that was ultimately scrapped. He also failed to reignite sales growth during his tenure, with the company posting multiple quarters of negative same-store sales, a closely watched metric for retailers.

The attempt to spin off Old Navy highlighted Gap’s operational deficiencies and led to the abrupt change in strategy.

“The work we’ve done to prepare for the spin shone a bright light on operational inefficiencies and areas for improvement,” Fisher said in a statement in January.

Gap, which was founded in 1969 in San Francisco, owns its namesake brand, Old Navy, Banana Republic and athleisure brand Athleta.

Fisher is the son of Gap co-founders Don and Doris.