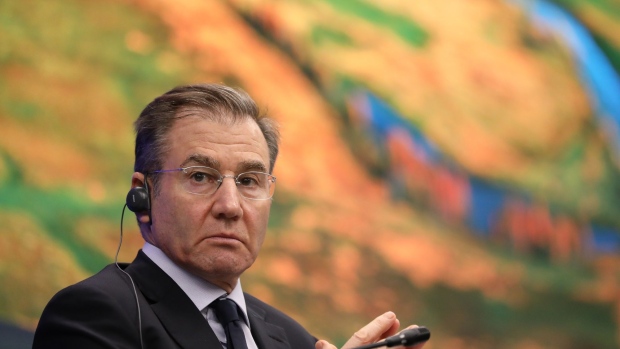 (Bloomberg) -- Glencore Plc Chief Executive Ivan Glasenberg told investors to prepare for more changes at the top of the world’s largest commodity trader, hinting that his own departure may come sooner than previously anticipated.

“There are not many of us old guys left,” Glasenberg said, referring to himself and his peers as the “third generation” of leadership of the company. He said that the retirement of the remaining managers of his generation should happen during 2020.

While he said there was no exact timing planned for his own departure, Glasenberg indicated that it could come more rapidly than he’s previously suggested. “It could happen soon,” he said.

Last year, Glasenberg said he would step aside in the coming three to five years.

Read: The Men Who Would Be King of Glencore Move Into the Spotlight

Glencore has only changed leaders twice in its 45-year history. In 1994, founder Marc Rich was pushed out after a failed attempt to corner the zinc market and Glasenberg took over from Willy Strothotte in 2002.

“There’s a good crop of people who could take over,” Glasenberg said on Tuesday. Glencore hasn’t named the people in the running to replace Glasenberg, but Bloomberg reported in October that the three most likely choices are Gary Nagle, Kenny Ives and Nico Paraskevas.

Many of Glencore’s most senior executives have left the company in the past 12 months, including former head of copper trading Telis Mistakidis, head of oil Alex Beard, and head of agriculture Chris Mahoney. Among those that remain are Tor Peterson, head of coal trading, and Daniel Mate, head of lead and zinc trading.

RBC Capital Markets analyst Tyler Broda said Glasenberg’s comments potentially indicate that he “will pass the reins as CEO in the coming 12 to 18 months.”

“This transition could provide an ability for Glencore to potentially explore other structures or strategies (like spinning out coal) as the challenges of the 2020’s grow,” Broda said.

--With assistance from Mark Burton.

To contact the editors responsible for this story: Will Kennedy at wkennedy3@bloomberg.net, ;Lynn Thomasson at lthomasson@bloomberg.net, Liezel Hill, Dylan Griffiths