Global food prices have extended their rally to the highest in almost a decade, heightening concerns over bulging grocery bills at a time when economies are struggling to overcome the Covid-19 crisis.

Drought in South America has withered crops from corn and soybeans to coffee and sugar. Record purchases by China are worsening the supply crunch in grains and boosting costs for global livestock producers. Cooking oils have soared too on demand for biofuel. The surge in food costs has revived memories of 2008 and 2011, when spikes led to riots in more than 30 nations.

The prolonged gains across the staple commodities are trickling through to store shelves, with countries from Kenya to Mexico reporting higher costs for food items. The pain could be particularly pronounced in some of the poorest import-dependent nations, which have limited purchasing power and social safety nets, at a time when they are grappling with the ongoing pandemic.

The UN index has reached its highest since September 2011, climbing almost 5 per cent last month. All five components of the index rose during the month, with gains led by vegetable oils, grains and sugar. The Bloomberg Agriculture Spot Index, measuring prices from grains to sugar and coffee, is up 70 per cent in the past year.

The world’s hunger problem has already reached its worst in years as the pandemic exacerbates food inequalities, compounding extreme weather and political conflicts. 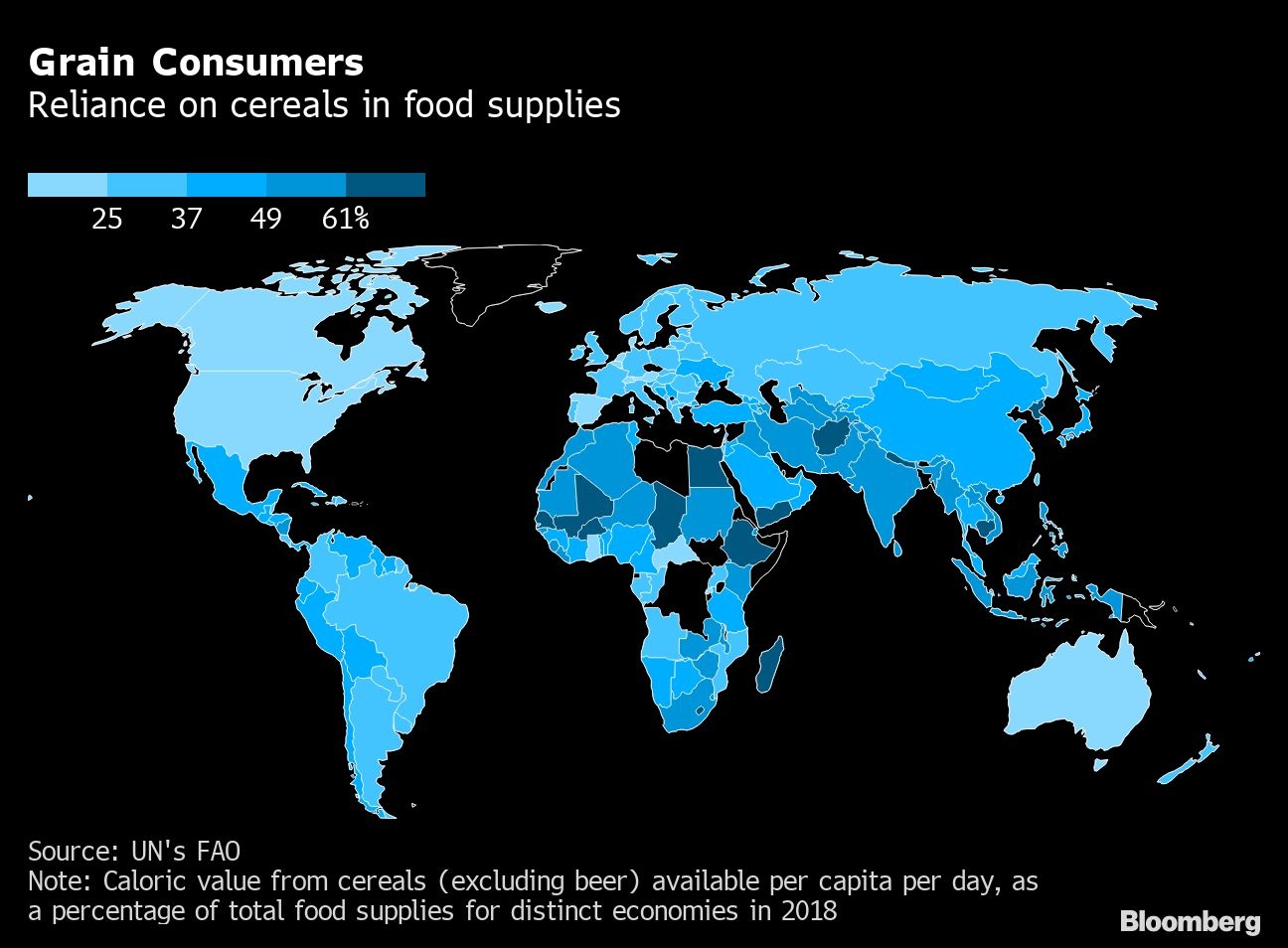 There were other elements that exacerbated skyrocketing food costs a decade ago. For example, oil prices neared US$150 a barrel -- double current levels -- and there was a wave of trade restrictions by major grain shippers. Meanwhile, the cost of rice, one of the world’s food staples, has remained relatively subdued this time round amidst the surge in other agricultural prices.

Gains in the past year have been fueled by China’s “unpredictably huge” purchases of foreign grain, and world reserves may hold relatively flat in the coming season, Abbassian said. Summer weather across the Northern Hemisphere will be crucial in determining if U.S. and European harvests can make up for crop shortfalls elsewhere.

“We are not in the situation we were back in 2008-10 when inventories were really low and a lot of things were going on,” Abbassian said. “However, we are in sort of a borderline. It’s a borderline that needs to be monitored very closely over the next few weeks, because weather is either going to really make it or create really big problems.” 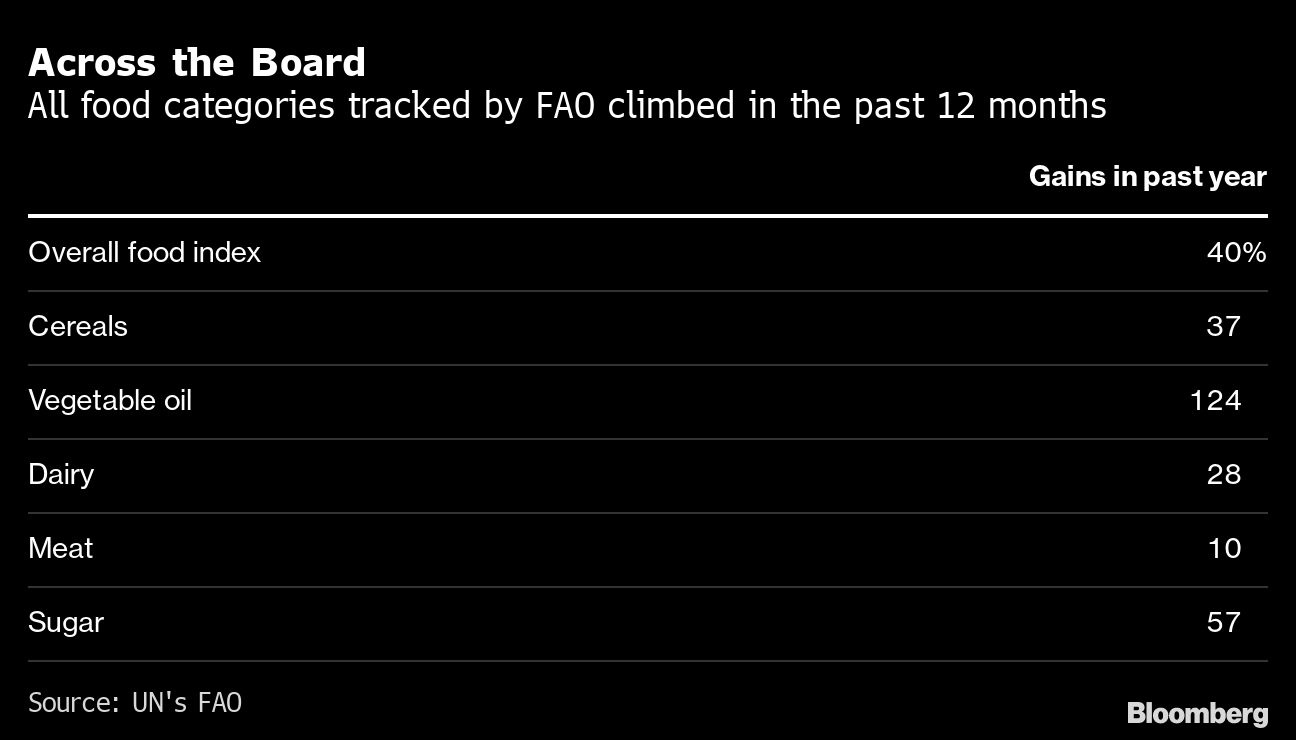