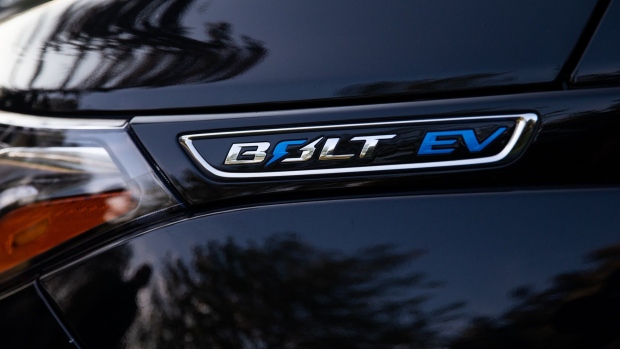 (Bloomberg Businessweek) -- Stay on top of the electric car revolution by signing up to our Hyperdrive newsletter here.

Here’s a question to ponder. General Motors this week announced a $6.5 billioninvestment in electric-vehicle assembly and battery production in Michigan that includes, among other things, converting the Chevrolet Bolt plant to making electric pickup trucks. So, does this mean the Bolt is marked for death?

The gist of the speculation — which I've seen on CNN and Jalopnik — is thus. GM makes the Bolt at its plant in Orion Township, Michigan, a suburb north of Detroit. The plant will convert to making electric Chevy Silverado and GMC Sierra pickups underpinned by GM’s new Ultium platform. The Bolt and larger Bolt EUV have been built in that plant using GM’s prior-generation battery pack and a different platform for small EVs. So the Bolt must be dead, right?

The factory part of the argument is rather facile. GM won't necessarily kill the Bolt merely because the plant is being reassigned. But the name probably will go away for a variety of reasons.

Last year, GM wrestled with the issue of Bolt battery cells — supplied by South Korea’s LG — having a rare but scary tendency to catch fire. GM told owners of every Bolt ever sold not to charge the battery to the max or run it down completely . The company also advised owners not to charge indoors or park within 50 feet of another car in a public space. GM has since found a solution and is replacing the packs at a cost of $2 billion; LG is picking up almost all of the tab. It’s all been rather embarrassing.

GM could make the Bolt in another plant, but a bigger question is whether the company needs to as it rolls out 30 EVs by 2025.  CEO Mary Barra said recently that GM will make electric versions of the small, $30,000 Chevy Blazer and Equinox SUVs. She didn’t say where. Gasoline-burning versions of both are currently assembled in Mexico.

When asked about the Bolt, a Chevy spokesman said no decision has been made. He offered an argument for keeping it around: before the recall, the Bolt earned high customer loyalty and lured in a bigger percentage of competing-model owners than any GM vehicle, even the Corvette.

That’s great, but the Bolt is a compact car, a segment that’s shrinking in the U.S. The Bolt EUV — a larger, pseudo-crossover SUV version — has grown to more than half the model line’s sales. The EUV is also pretty close in size to the Chevy Trailblazer, which is smaller than both Equinox and Blazer. GM hasn’t said whether it plans on producing an electric version of the Trailblazer, but it makes sense if they eventually want a small, cheap, battery-powered SUV. The Bolt EUV also sells in China as the Buick Velite 7.

During GM’s investor day presentation last October, the company said it would have more than 60 nameplates by the end of the decade, and at least half would be EVs. Barra echoed legendary GM Chairman Alfred Sloan’s credo of selling a car for every purse and purpose when she said GM’s EV portfolio would offer “options for every price point and lifestyle.” GM might need something the size of a Bolt EUV, but marketers can use any name they want.

The Bolt’s future in the showroom could be something like an electric Trailblazer in the U.S. As for the Bolt, GM may not have called it the EV2 after the EV1 of the late ’90s, but the two may soon share a retirement home in automotive history.