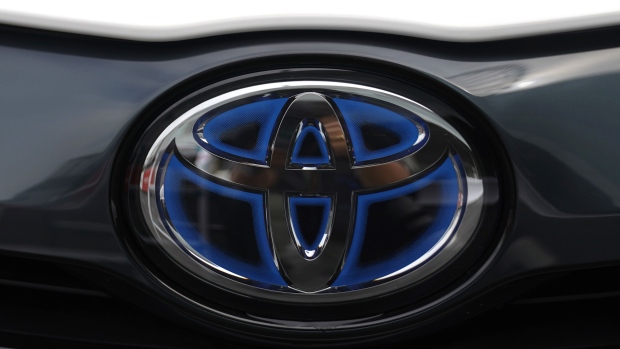 For the first time since 1931, General Motors Co. isn’t the top-selling automaker in the U.S.

The Detroit-based company lost its crown to Japanese rival Toyota Motor Corp., which boosted sales 10 per cent last year despite a 28 per cent decline in the fourth quarter. With 2.3 million units sold in the U.S. in 2021, Toyota narrowly outpaced GM’s 2.2 million.

The Japanese carmaker said outselling GM likely isn’t sustainable. “That is not our goal,” Jack Hollis, a senior vice president in charge of U.S. sales for Toyota, said on a conference call with reporters.

The change at the top reflects the volatility of a year many carmakers will be happy to leave behind. From snarled shipping lines to semiconductor shortages, the challenges of 2021 left manufacturers struggling to keep up with demand. While industrywide sales likely rose modestly from 2020, supply constraints shattered any hope of a quick recovery from the early pandemic slump.

Carmakers likely sold a seasonally adjusted annual rate of about 12.5 million new vehicles in December, down 23 per cent from a year earlier, according to the average forecast of six market researchers surveyed by Bloomberg. 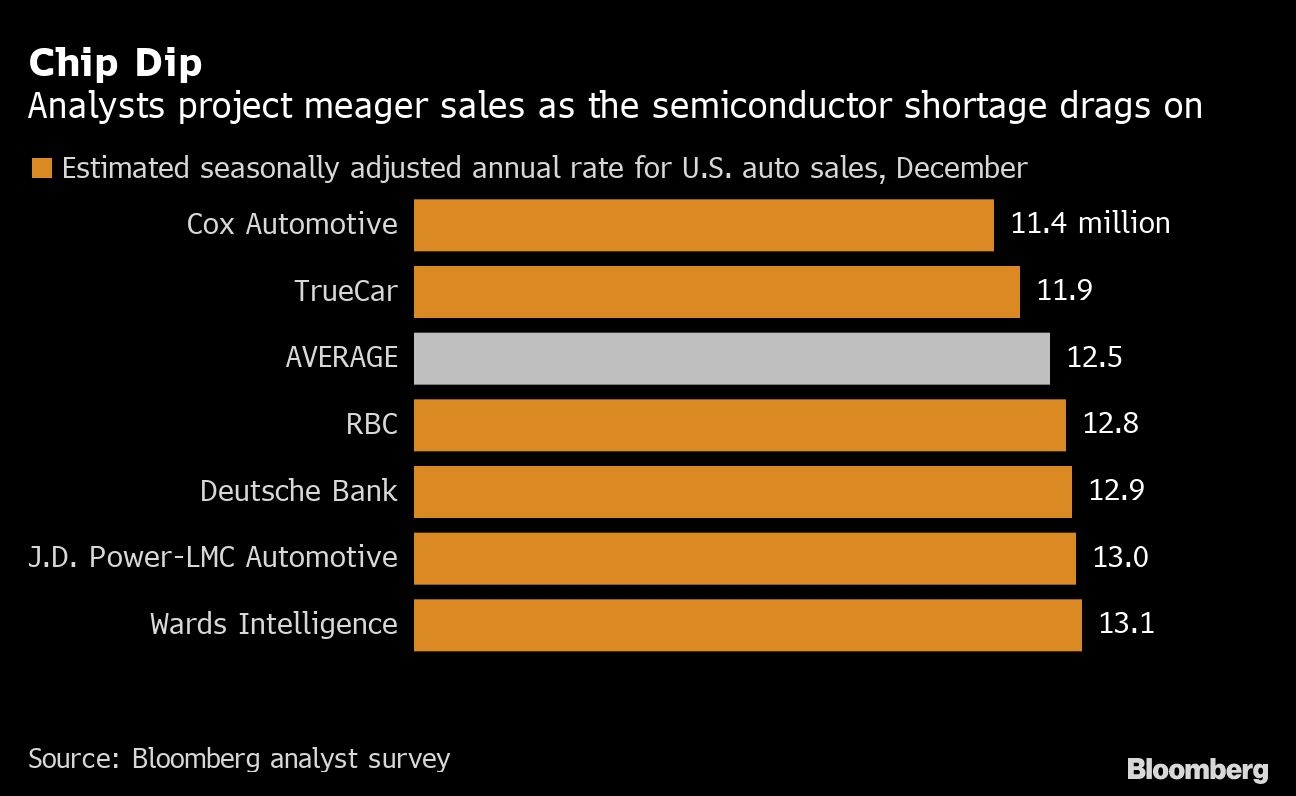 The extent of the issues became more clear on Tuesday as most major automakers reported U.S. sales for the fourth quarter and full year. Ford Motor Co. is expected to release its figures Wednesday.

For the full year, auto sales likely came to 14.9 million vehicles, a 2.5 per cent jump from the coronavirus-stricken days of 2020, according to Cox Automotive.

Other automakers will be hard-pressed to match that kind of performance. We’ll take a look at the results as the major manufacturers report throughout the day.

GM’s sales for the year declined 13 per cent, weighed down by a 43 per cent plunge in the final quarter. Chevy Silverado sales fell more than 30 per cent and GMC Sierra sales tumbled 21 per cent in the quarter. The auto giant was quick to blame chip constraints for its woes, saying they put a 13 per cent drag on sales.

That forced GM to be strategic about where it dedicated supplies. In a dismal quarter, sales of the Chevy Tahoe and Suburban, GMC Yukon and Cadillac Escalade large sport utility vehicles all were up. Those are the most profitable vehicles the company sells.

Crucially for investors, GM said semiconductor supplies got better toward year-end, and the company forecast further improvements in 2022.

While final tallies for the industry are still to come, Toyota likely gained one point of market share in the fourth quarter, giving it 15.5 per cent of sales and the top spot. It’s the first time GM hasn’t been No. 1 since 1931, when it beat out Ford.

Honda’s plucky CR-V compact crossover led deliveries, rising 8.3 per cent. The Civic compact and Accord midsize sedans also did well, continuing the dominance of Asian brands in the segment. Among Honda’s biggest gainers: its Ridgeline pickup and Passport midsize SUV, both of which were redesigned to showcase a more “rugged” look.

Hyundai Motor Co.’s namesake brand was one of the big winners last year, logging a 19 per cent increase in sales from a year earlier. The Korean automaker did lose some steam in the waning months of 2021, however, with a 15 per cent drop in fourth-quarter deliveries to 152,446 vehicles. For the month of December alone, its sales fell 23 per cent.

U.S. retail sales were the company’s highest ever, buoyed by demand for the budget-friendly Venue subcompact crossover model, which starts at less than US$20,000, as well as for the Kona subcompact SUV and Tucson compact SUV.

Hyundai had comparable inventory levels as Toyota and other Japanese competitors, but availability fell late in the year, said Randy Parker, senior vice president of sales at Hyundai Motor America. The company adapted by pushing dealers to sell more cars they didn’t yet have.

“You get better at online retailing and get better at pre-selling your pipeline,” Parker said in an interview. “That’s exactly what we did, and that helped fuel our success in a very difficult year.”