Powell, in a virtual press conference on Wednesday, said policy makers are ready to raise rates in March, and didn’t rule out moving at every meeting to tackle the highest inflation in a generation. The dollar and benchmark U.S. Treasury yields advanced, curbing demand for non-interest-bearing bullion.

The comments came after the Fed earlier in the day signaled it will soon start raising interest rates, moving toward ending ultra-easy support that had helped push the metal to a record high earlier in the pandemic. Gold, which fell last year, had been eking out a small gain this month as equities gyrated and investors bet on continued negative real rates even with rate hikes expected.

“There is downside risk to gold, now that much of the policy ambiguities are gone,” said Bart Melek, global head of commodity strategy at TD Securities. 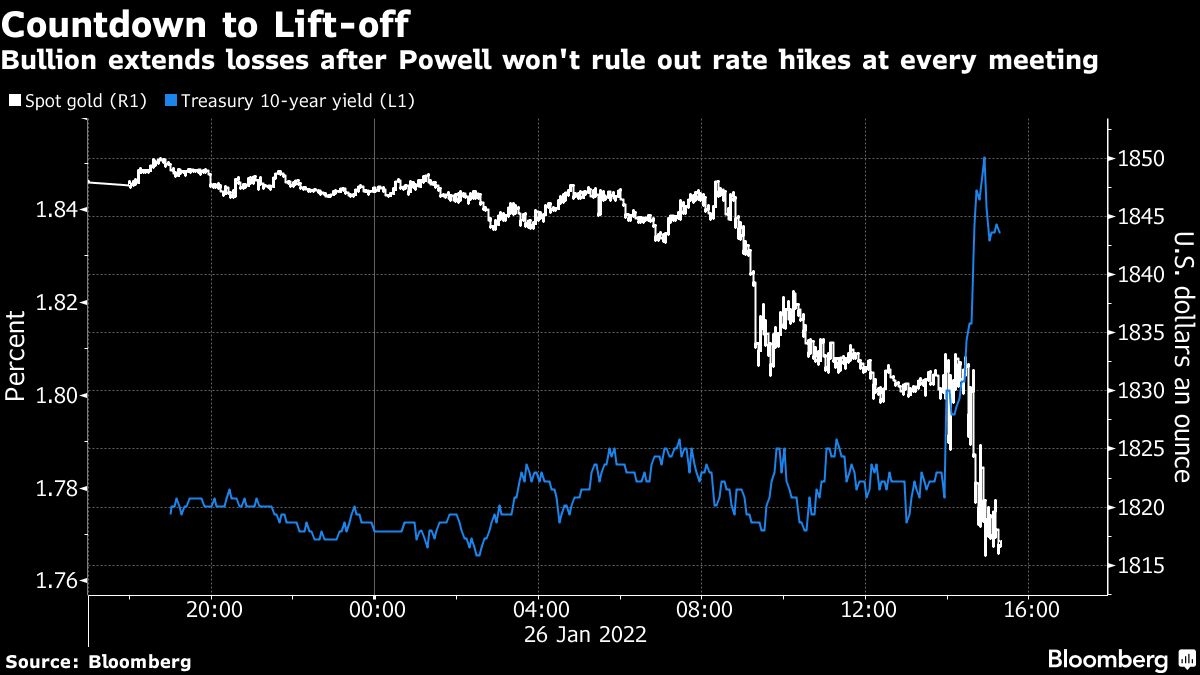 The Federal Open Market Committee said it expects to shrink its bond holdings after liftoff has begun as part of efforts to fight accelerating inflation. A rate hike would be the central bank’s first since 2018.

“The committee is of a mind to raise the Fed funds rate at the March meeting” if conditions are there to do so, Powell told the press conference, while noting that officials have not made any decisions about the path of policy because policy needs to be nimble.

The hawkish stance comes amid consumer inflation readings that have repeatedly surprised and hit 7 per cent -- the most since the 1980s -- and a tight labor market that’s pushed unemployment down faster than anticipated to almost its prepandemic level.