The recent brisk rebound in equity markets won’t last as the macroeconomic data continue to deteriorate and earnings forecasts are being slashed, strategists at Goldman Sachs Group Inc. and Sanford C. Bernstein warn.

“Without clear signs of a positive shift in macro momentum, temporary re-risking could actually increase risks of another leg lower in the market rather than signal the end of the bear market,” Goldman strategists led by Cecilia Mariotti wrote in a note dated Aug. 4.

With investors once again flocking to equities in recent weeks, Goldman strategists said market positioning has improved from a very bearish level seen in June, and the swing in asset allocation could fuel the rally in the short term. But ultimately, strategists said they’re “not convinced that we are past the ‘true’ trough in positioning just yet, and we think the path from here is likely to become more dependent on macroeconomic data.”

Bernstein strategists Sarah McCarthy and Mark Diver said in a note on Thursday that the earnings downgrade cycle is just starting along with outflows from stock funds. While investors have stopped buying equities in the second quarter, funds haven’t yet seen a reversal of the “huge” inflows of US$200 billion seen in the first quarter, they said.

“We expect another leg down in the market in the short run,” Bernstein strategists wrote. 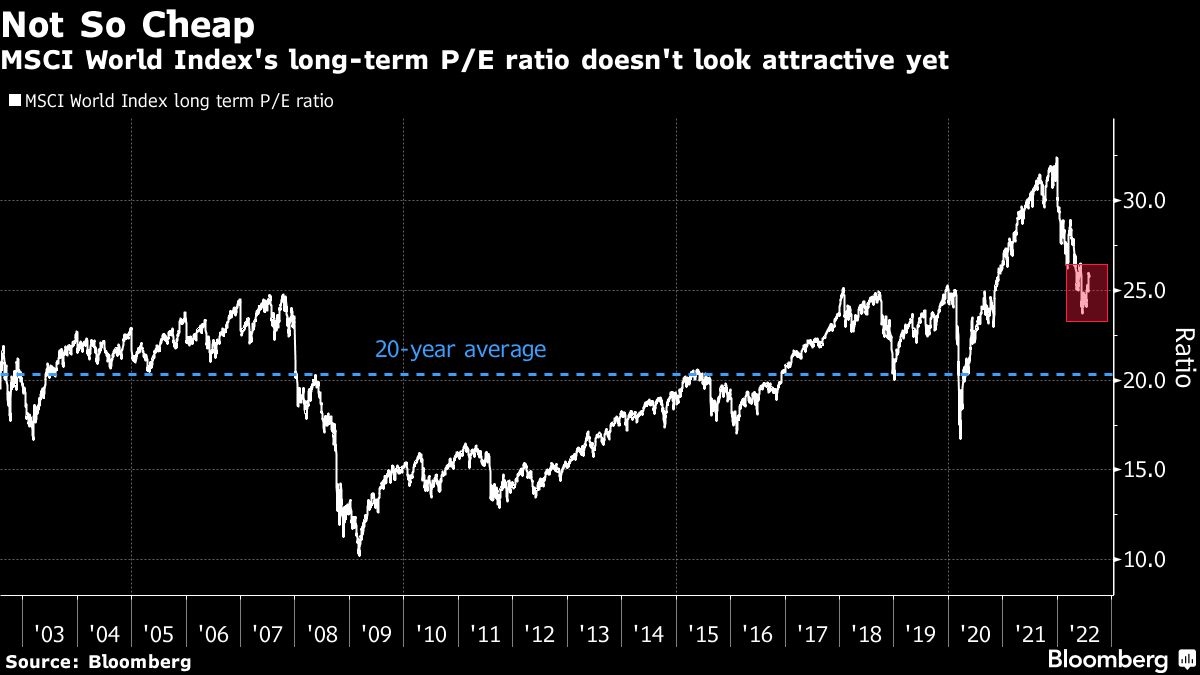 European and US stock markets in July posted their biggest monthly gains since 2020 as investors turned optimistic about corporate earnings proving resilient to surging inflation and a glum consumer outlook, while weaker economic data increased bets on a dovish pivot by the Federal Reserve. The drop in bond yields has fueled a 19 per cent bounce in the Nasdaq 100 from its June lows.

But with Federal Reserve leaders pledging to continue an aggressive fight to cool inflation despite recession risks, strategists have cautioned against assuming a sustained recovery in stock markets. And although corporate earnings have been much better than feared this season, the likes of Morgan Stanley and Bank of America Corp. strategists have said that profit estimates will need to see much stronger cuts before stocks can find a true low. 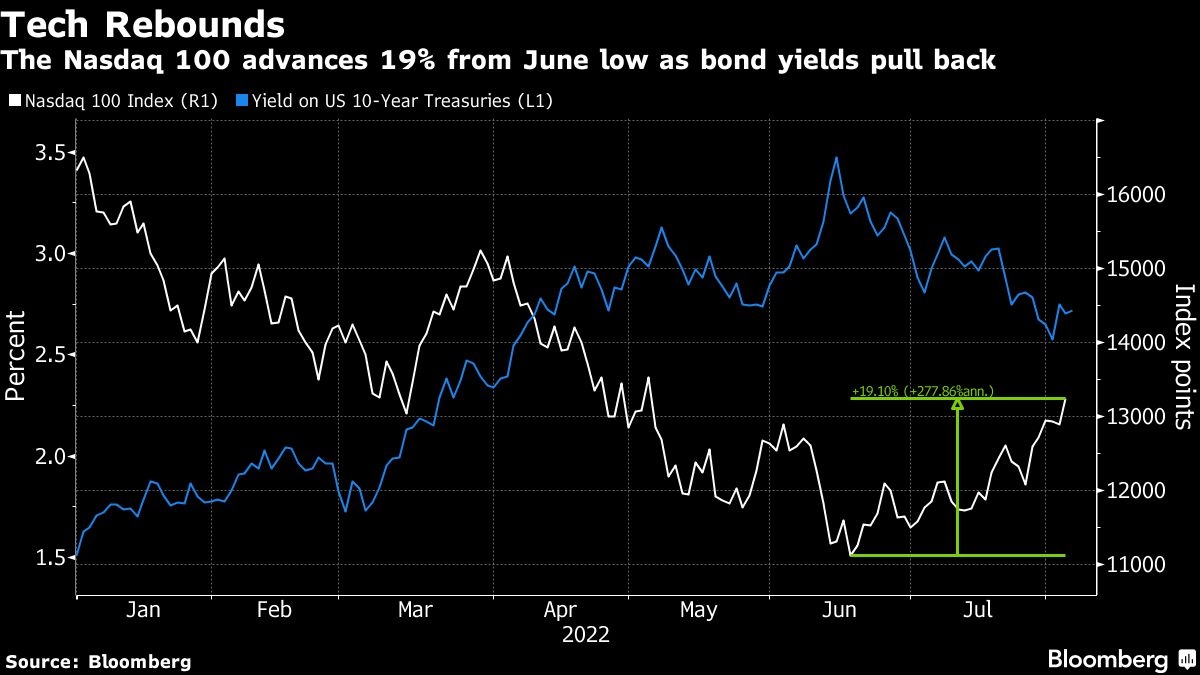 Berenberg strategists Edward Abbott and Jonathan Stubbs also warned of the threat to equities from weaker earnings to come. The strategists’ top-down model showed corporate earnings are likely to fall 15 per cent to 20 per cent year-over-year as margins come under pressure, they wrote in a note dated Aug. 3.