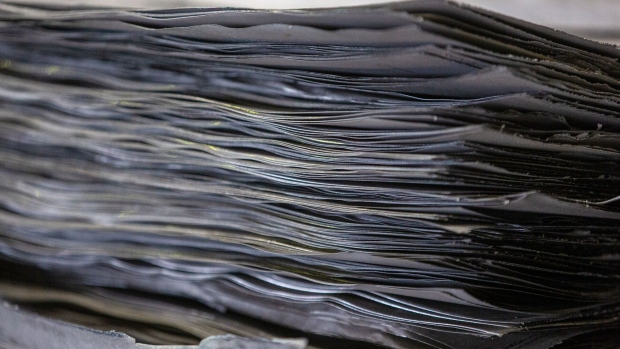 (Bloomberg) -- Goldman Sachs Group Inc. traders have been offering to trade nickel away from the London Metal Exchange, according to people familiar with the matter, at prices that imply a further sharp drop in prices.

The bank has been offering to trade contracts in commodity index products, such as the S&P GSCI, whose constituents include nickel, the people said, implying a bid and offer for the nickel price. The bank’s proposals imply a bid for nickel at about $25,000 a ton, and an offer about $37,000 a ton, the people said, asking not to be named as the matter isn’t public.

Nickel on the LME has largely stalled this week with very few trades, as dealers wait for prices to fall further after the market reopened following a week-long suspension due to an unprecedented short squeeze. On Friday, nickel on the LME traded limit-down at $36,915 a ton.

The mid-point of Goldman’s bid and offer, $31,000 a ton, is roughly where some traders expect the market to unfreeze, Bloomberg reported earlier.