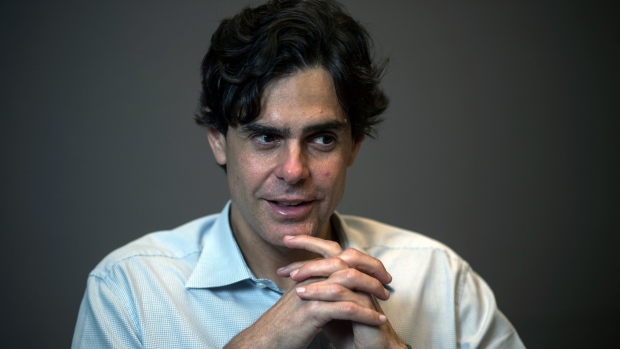 The three banks initiated coverage of XP shares with a neutral rating. The company’s initial public offering, the biggest by a Brazilian firm last year, was priced at US$27 in mid-December, above the marketed range of between US$22 and US$25. In its trading debut, the stock rose 28 per cent on the Nasdaq.

“Despite its high growth prospects and rising profitability, we believe XP’s valuation is now fair,” UBS analysts led by Mariana Taddeo wrote in a report Monday, setting a target price of US$42. UBS could become more constructive on XP if its assets under custody grow at a faster-than-expected pace, the analysts said. The shares fell as much as 4.5 per cent to US$36.50 on Monday in New York. 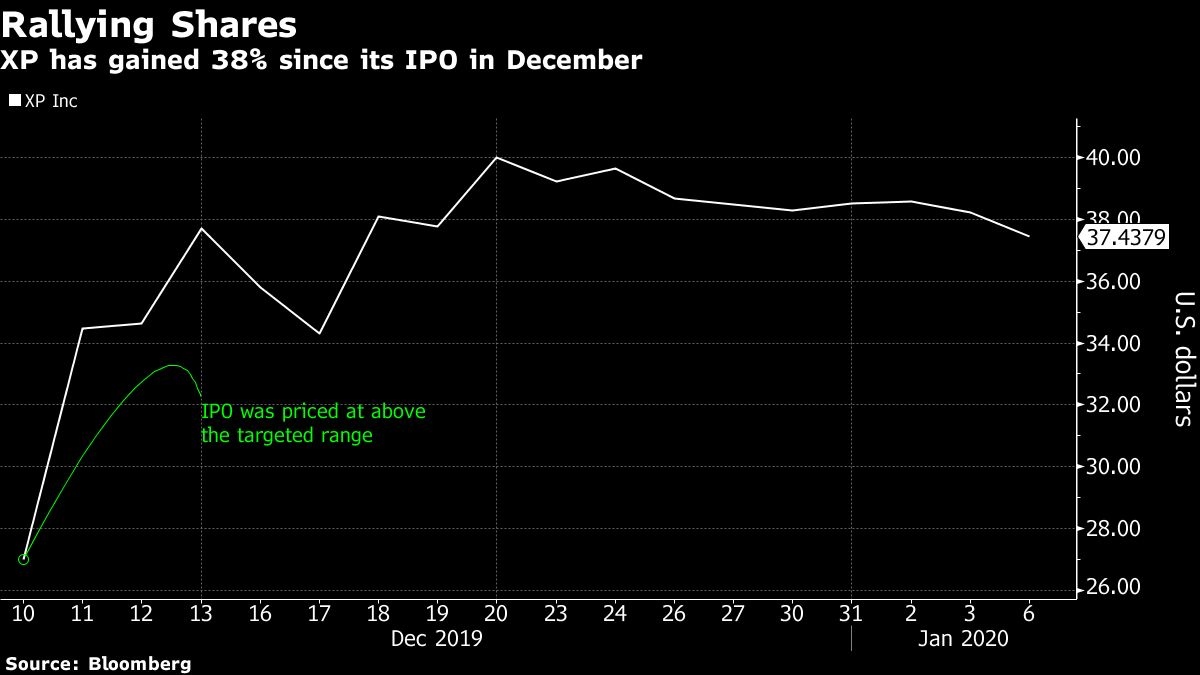 The Sao Paulo-based firm is “uniquely positioned” to gain share from the large banks, and its non-bank competitors are significantly smaller in scale, Goldman said after initiating XP with a neutral rating and price target of US$40.

Historically low rates and improving economic growth in Latin America’s largest economy should allow the investment market to grow at a healthy pace, but the stock’s valuation is rich at 68.1 times 2020 earnings, analysts led by Tito Labarta wrote in a report.

Inspired by Charles Schwab, XP has been offering middle-class investors products that were only available to the rich, luring money away from the nation’s main banks.

“XP should continue to reap the benefits of the secular growth story stemming from the unprecedented low interest rates in Brazil,” Credit Suisse analysts led by Marcelo Telles wrote, placing a target of US$43 on the stock.

“The real opportunity, however, continues to be the affluent segment of the retail investor base, which is chasing higher-yield and more sophisticated investments moving away from traditional low-yield fixed-income investments,” Credit Suisse’s analysts said.

On the bullish side, JPMorgan and Morgan Stanley initiated coverage with a buy-equivalent rating, with the latter setting a price target of US$45 — the highest among sell-side analysts tracked by Bloomberg.

XP trades at a large premium to peers, but its growth is anticipated to far outpace the group, Morgan Stanley’s Jorge Kuri wrote. “Valuation relative to growth looks reasonable.”