Wall Street executives had warned that a slump in client activity would erode revenue from trading during the quarter. Investors are hanging back amid market swings spurred by the shifting outlook for interest rates, as well as trade disputes and other geopolitical risks.

Last month, Goldman Sachs passed the Federal Reserve’s annual stress test. The exam was easier on capital-markets businesses than in previous years, allowing the firm to increase dividends and share repurchases. It’s a reversal from 2018, when the regulator curtailed the bank’s ability to boost payouts.

Shares of Goldman Sachs have gained 27 per cent this year through Monday, putting it on track for its best annual performance in more than five years. The stock advanced 0.4 per cent at 7:31 a.m. in New York.

Second-quarter trading revenue was US$3.48 billion, topping the US$3.37 billion average estimate by analysts in a Bloomberg survey.

“We’re encouraged by the results for the first half of the year,” Chief Executive Officer David Solomon said in a statement. “Our financial strength positions us to return capital to shareholders, including a significant increase in our quarterly dividend in the third quarter.”

Goldman’s recent foray into consumer banking also has prompted it to heed falling rates. The firm cut the amount of interest it pays depositors with online savings accounts during the second quarter. Banks typically try to maximize the margin between what they pay for deposits and what they earn from making loans.

Goldman also made its biggest acquisition in about two decades with the purchase of a wealth manager to help with its expansion beyond catering to just ultra-wealthy individuals. 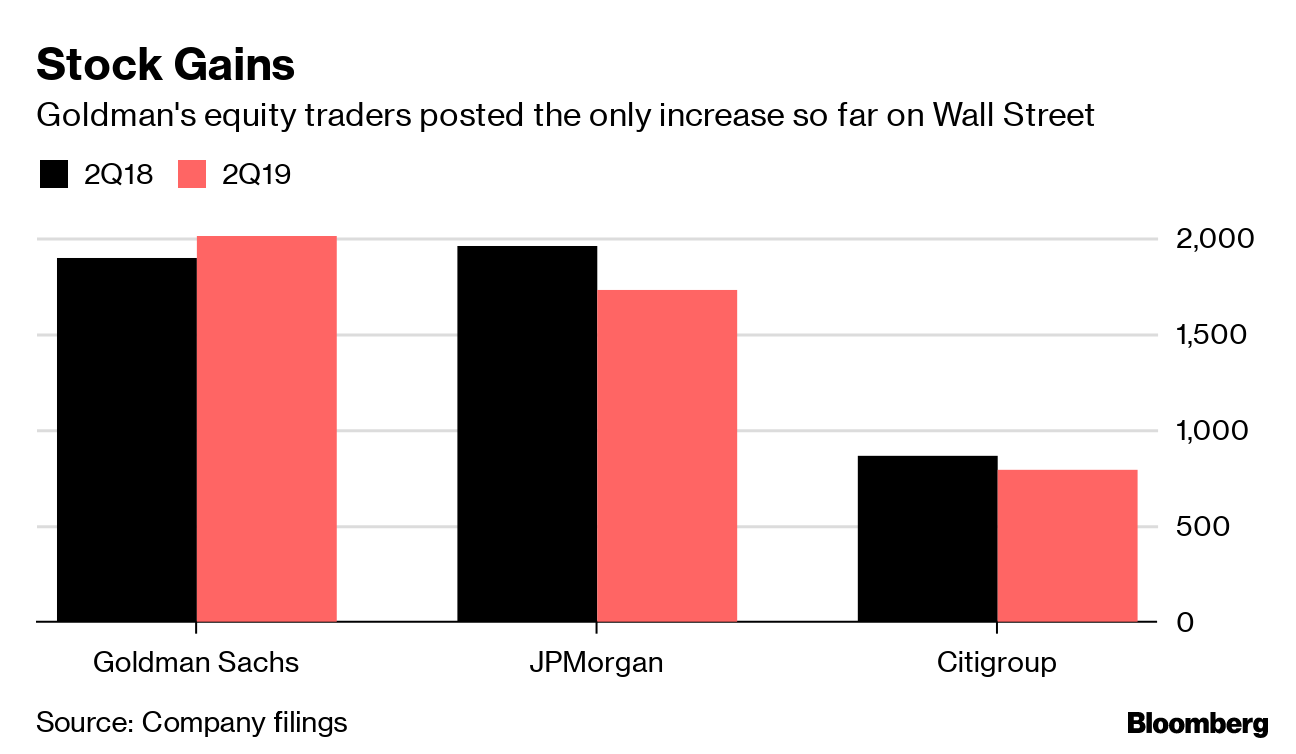