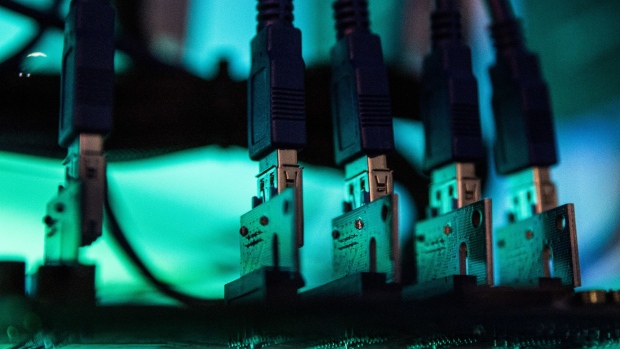 (Bloomberg) -- XtalPi, an artificial intelligence drug discovery company, is weighing a new funding round ahead of a potential initial public offering, according to people with knowledge of the matter.

The Alphabet Inc.’s Google-backed startup is working with Goldman Sachs Group Inc. as it seeks to raise about $300 million to $400 million through a private placement, tapping both existing and new investors, the people said. The latest round could boost the company’s valuation to about $1.9 billion, the people said, asking not to be identified as the information isn’t public.

XtalPi intends to use part of the proceeds from the latest funding round for its expansion plans, the people said. A potential listing could take place as early as in the coming quarters, they added.

Deliberations are ongoing, and no final decisions on the fundraising or the size and venue of any listing have been taken, the people said. Representatives for XtalPi and Goldman Sachs declined to comment.

Founded in 2014 by a group of quantum physicists at the Massachusetts Institute of Technology, XtalPi is seeking to reinvent the pharmaceutical industry’s approach to drug discovery by using quantum physics, artificial intelligence and high-performance cloud computing algorithms. The company has an office in Boston with research centers in Beijing and Shenzhen.

The company raised about $319 million in a series C funding round last year, led by SoftBank Vision Fund 2, PICC Capital and 5Y Capital. It also counts Tencent Holdings Ltd. and Sequoia China among its backers.