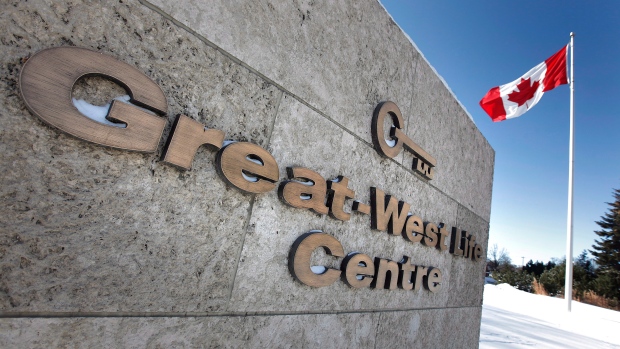 Great-West Lifeco Inc. (GWO.TO) raised its dividend as it reported a fourth-quarter profit of $710 million but fell short of expectations.

The life insurer will now pay a quarterly dividend of 41.3 cents per share, up from 38.9 cents.

The increased payment to shareholders came as Great-West reported its profit amounted to 72 cents per share for the quarter ended Dec. 31.

That compared with a profit of $392 million or 40 cents per share in the same quarter a year earlier when the company took a $342-million charge related to U.S. tax changes, the disposal of an investment and restructuring costs.

During its latest quarter the Winnipeg-based insurer saw strong performance from its European arm, but weaker contributions from its Canada and U.S. divisions.

Great-West chief executive Paul Mahon said Thursday he was pleased with the company's performance in 2018 overall, as it saw growth across its segments.

"We enter 2019 with significant excess capital, which will be further bolstered by $1.6 billion from the sale of our U.S. life and annuity business," he said in a statement. "This positions us to actively consider acquisition opportunities to drive growth and long-term value."

Analysts on average had expected earnings per share of 74 cents during the quarter, according to those surveyed by Thomson Reuters Eikon.

In Europe, Great West reported adjusted net earnings of $349 million during the quarter, up 13 per cent from $308 million a year earlier. It said this increase was primarily driven by new business gains.

However, its U.S. division reported adjusted net earnings for the fourth quarter of US$41 million, down nearly 32 per cent from US$60 million a year earlier primarily due to the impact of equity market declines.

At home, the insurer's Canadian segment reported net earnings of $310 million, down eight per cent from $338 million during the fourth quarter of 2017. The decrease was primarily due to higher business and strategic expenses and the impact of equity market declines, it said.

The expense growth is "disappointing," as a $216-million restructuring charge during the second quarter last year was expected to curb cost growth, Dechaine said.

Great-West's latest results come after it signed a deal to sell its U.S. individual life insurance and annuity business to a subsidiary of Protective Life Corp. for $1.6 billion.