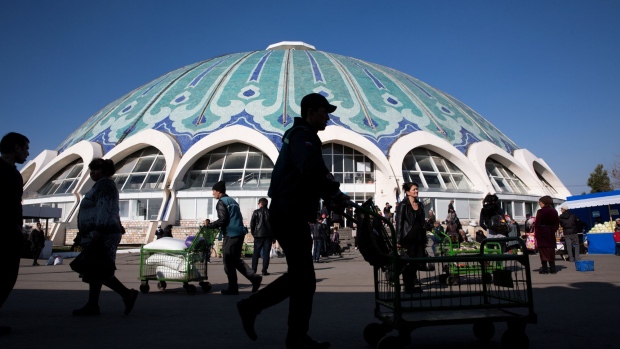 A former Soviet republic that sold its first international bond just last year is eyeing up a green-debt sale, in the latest sign that sustainable finance has entered the mainstream.

Not only that, but it wants to market the bond to Islamic buyers by packaging it as a sukuk.

“We need a whole range of financial products,” Nazirov said in a video interview. “If you look at other markets, Uzbekistan is 30 years behind. We are just trying to get them in as soon as we can. There is a potential market for both sukuk and non-sukuk bonds.”

Islamic finance currently makes up a tiny proportion of the $950 billion global green bond market. Malaysian corporates began selling the instruments about three years ago and Indonesia became the first sovereign issuer in 2018.

Increased global appetite for green bonds has compelled other emerging-market borrowers to consider that type of debt. Brazil, South Africa and Kenya have all recently announced plans to tap the market.

The development of a broader Islamic-finance ecosystem remains challenging, said Michael Grifferty, president of the Gulf Bond and Sukuk Association.

“Including sukuk in the mix increases the complexity of the task,” Grifferty said by email.

Nazirov, who estimates that government and corporate sukuk issuance could become a $4-5 billion dollar market for Uzbekistan, said the country could sell its first Islamic bond early next year if the legal changes are approved. The UNDP said in an emailed response to questions that it’s too early to talk about timing for a green sukuk.

Uzbekistan is “learning institutionally” about green bonds, sukuk and green sukuk, deputy Finance Minister Odilbek Isakov said in a video interview. While he said he would like to see them “at some point,” he prefers to raise money from international financial institutions, which offer longer-dated and cheaper funds.

Uzbek President Shavkat Mirziyoyev is trying to open up his country of more than 30 million people to foreign investment after more than two decades of isolation. The government committed to a green transition last year, pledging to reduce greenhouse emissions, and develop renewable energy sources and electric vehicles.

Green sukuk could be an “effective way to attract investment” to these projects, the UNDP said.

(Adds comment from the GBSA in the seventh and eighth paragraphs, Finance Ministry’s in the tenth)