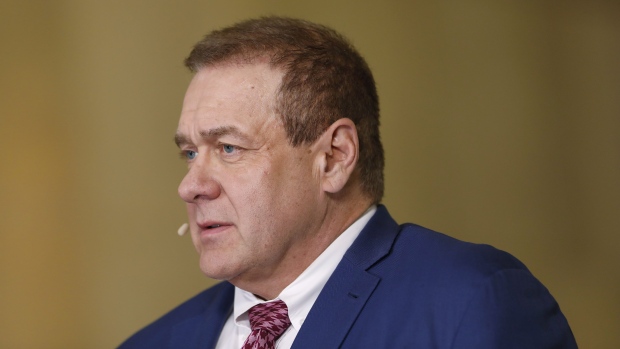 (Bloomberg) -- Scott Minerd, the chief investment officer of Guggenheim Investments, thinks it may take four years before the economy regains the level of activity it had before the coronavirus pandemic triggered a global crisis.

“To think that the economy is going to reaccelerate in the third quarter in a V-shaped recovery to the level where gross domestic product (GDP) was prior to the pandemic is unrealistic,” he wrote in a note published on April 26.

While governments are doing all they can to aid both businesses and individuals impacted by the virus shutdowns, Minerd said the help will likely be “insufficient, misdirected, and full of unintended consequences.” Many of the 26 million people who have applied for unemployment benefits over the past five weeks won’t be going back to work immediately even if the economy fully reopens, he added.

The unemployment rate could rise to as high as 30% and could still be in double digits by the end of the year, Minerd wrote. Consumer confidence, meanwhile, is set to take a massive hit as half of all Americans were unprepared to weather the storm, with less than $500 in savings.

“Few people will immediately go out and buy automobiles and return to movie theaters,” he said. “The damage to the household sector is so severe that it is going to impair living standards for most of the decade.”