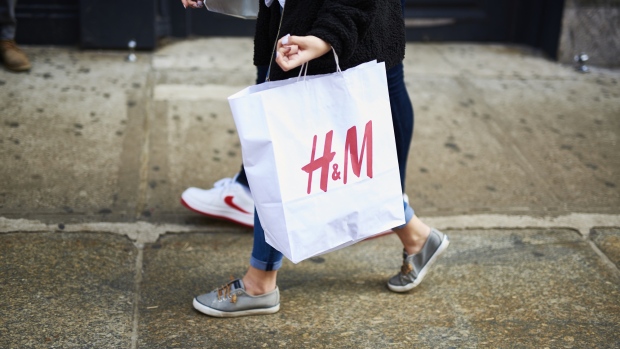 Karl-Johan Persson, the 44-year-old H&M CEO and son of its billionaire chairman, is speaking out as a pattern of shaming that initially targeted air travellers spreads into more industries, including his. The movement has gained traction as Greta Thunberg, the Swedish teen activist, inspires millions of people across the globe to take to the streets and voice their anger over what she says is a climate crisis.

Persson, who has been running H&M for a decade, says his concern is that the movement seeks to prohibit behaviours. Many of the protests are “about ‘stop doing things, stop consuming, stop flying’,” Persson said in an interview in Stockholm. “Yes, that may lead to a small environmental impact, but it will have terrible social consequences.”

The H&M CEO is a key figure in the US$2.5-trillion fashion industry that has come under increasing scrutiny amid concerns about pollution and workers’ rights in the developing economies that have tended to do the bulk of the manufacturing.

The United Nations Economic Commission for Europe says part of the problem is that consumers have been gripped by an “era of fast fashion” that has led to an “environmental and social emergency.” The clothing industry is responsible for about 10 per cent of global greenhouse gas emissions and consumes more energy than aviation and shipping combined, according to the UN.

Persson says that “the climate issue is incredibly important. It’s a huge threat and we all need to take it seriously — politicians, companies, individuals. At the same time, the elimination of poverty is a goal that’s at least as important.”

“We must reduce the environmental impact,” Persson said. “At the same time we must also continue to create jobs, get better health care and all the things that come with economic growth.”

“Low-priced fashion obviously encourages consumers to buy more frequently and to discard still-wearable garments. Consumers could easily choose to make this decision but as in most areas they want to see retailers helping them to make environmentally good choices.’’ — Charles Allen, Bloomberg Intelligence retail analyst

H&M estimates that about 70 per cent of a garment’s impact on the climate happens during the manufacturing process. By 2040, H&M intends to be climate positive, which it says means reducing more greenhouse gas emissions than its value chain emits.

The company says it’s one of the world’s biggest users of organic and recycled cotton, citing data from Textile Exchange, a non-profit organization. And H&M has started exploring some unconventional fabrics specifically designed to incorporate recycling into the mix, such as citrus peel and old fishnets. The company also works with governments to help install solar panels and other renewable energy solutions to make local factories more sustainable.

Persson says things like “environmental innovation, renewable energy, improved materials” are better ways to tackle climate change than a moratorium on consumption. “Continue to focus very much on the environmental issue, but have an open discussion about what the solution is,” he said.