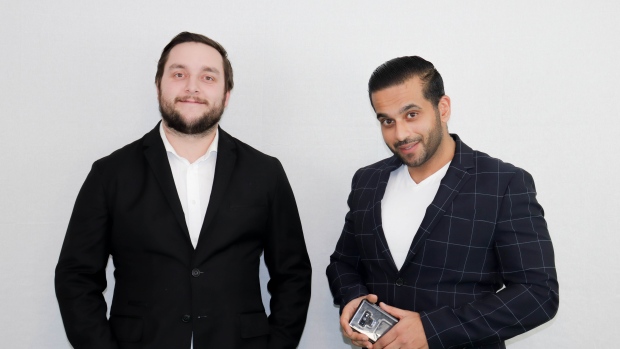 TORONTO -- Ahmed Najar only started investing two years ago after discovering a way to do so that aligns with his Muslim values.

The 36-year-old lab researcher turned to Halal investing that screens out forbidden investments such as pork, alcohol, tobacco, weapons, adult entertainment and the biggest no-no of all: debt, bonds or interest.

Najar says the main driver for his investment decisions is religious.

"I cannot do the other way, it's just impossible. Even if there is money to be made I cannot make it that way," he said from Vancouver.

The money he invests must do no harm and be beneficial for society. Usaries are forbidden because the Qur'an says Muslims aren't allowed to profit from lending money, so earning interest from an individual or bank is prohibited.

Socially responsible investing, including those based on religious beliefs, is a growing trend in Canada with assets under management surging to $3.2 trillion last year, up from $2.1 trillion in 2017, according to the Canadian Responsible Investment Trends Report.

The rise of ESG investing

Paul Harris, partner and portfolio manager at Harris Douglas Asset Management, talks about the challenges ahead for companies and money managers as climate change and ESG investing move to the forefront of the investment world.

Responsible investing represents nearly 62 per cent of Canada's investment industry, up from 50.6 per cent two years ago.

Investing based on religious values remains a small but growing subsection of this trend.

Like all investing, those who make decisions based on their faith should educate themselves and find a trusted financial adviser, said Najar.

That's especially crucial for Halal investing because most financial advisers are not familiar with the detailed web of options and restrictions, said Jesse Reitberger, co-founder of Canadian Islamic Wealth, who guides Najar's moves.

Reitberger has focused on helping the Muslim community to adhere to financial tenets of the Qur'an since converting to Islam in 2014.

He said many Muslims have sat on the sidelines or invested and just plead ignorance.

"They just keep their money either sitting in a chequing account or under their mattress at home," he said from Winnipeg.

Canada's Muslim population exceeds one million and is expected to become the second-largest religion by 2030.

Finding investments that are Islamic compliant can be a challenge because Canada is an interest-based economy, said Reitberger.

Other faiths have taken similar steps to investing, albeit without any prohibition on debt.

The Mennonite Savings and Credit Union was formed 56 years ago to allow members to "see mutual aid put into faithful practice."

It created a family of socially responsible funds to help investors bridge the gap between their principles and the way they invest their money.

Renamed Kindred Credit Union in 2016 to broaden its reach, about 70 per cent of its 25,000 members have a faith-based affiliation.

"People have taken a really big interest in this simply because it allows them to align all aspects of their lives to reflect their beliefs including their finances," said Tim Fox, director of wealth and investments.

Screens are put in place to exclude investments in alcohol, tobacco, cannabis, gambling, military and weapons, along with those that have negative impacts on human rights, employees and animal welfare.

"Those screens continue to evolve as a social awareness evolves. As a community, as a society we decide what is important and what we're willing to invest in and not invest in."

Companies such as Wealthsimple and Manzil have sprung up in recent years to fill in gaps for the Muslim community.

Online investment firm Wealthsimple said it is preparing to launch its Shariah-compliant ETF as early as next month to replace its current offering of 50 stocks.

It will contain more than 150 stocks and increased diversification.

"One of the problems that Shariah investors have is you end up screening out entire industries from how they can invest," chief investment officer Ben Reeves said in an interview.

He said Shariah-compliant funds can generate similar returns to regular investment vehicles, noting that Its current offering launched in 2017 has returned about six per cent annually.

The portfolio includes alternatives to fixed income like Islamic mortgages that are based on real and hard assets, while Wahed Invest's ETF invests in Shariah compliant stocks.

"This is a very underserved community and this is about financial inclusion because they're currently excluded within the Canadian marketplace," he said.

Sawwaf said market research has indicated that more than 70 per cent of Muslim Canadians would adopt Halal investing if products are available.

That's particularly true of younger Muslims who are more interested in investing than older generations.

"A lot of the criteria pushes you to companies with lower leverage so at the end of the day we see a lot of quality in our clients portfolio," he said.