U.S. credit-card balances fell by the most on record last year even as households increased their total debt by taking on new mortgages, the Federal Reserve Bank of New York said.

Total debt rose by US$206 billion in the fourth quarter, bringing the annual increase to 3 per cent to set a record of US$14.56 trillion, the data show. Home loans, which increased 5 per cent last year, crossed the US$10 trillion threshold for the first time. Credit-card debt rose slightly in the fourth quarter, but ended the year down 12 per cent from 2019, the largest annual decline ever in data analyzed by the New York Fed. Late payments also fell.

The changes in household debt reflect the topsy-turvy nature of 2020, when record-low interest rates fueled a surge in mortgage refinancings by well-heeled homeowners that at times overwhelmed lenders and investors. At the same time, millions of households were set back by mounting joblessness and an increase in hunger. Credit-card balances fell because households reached for their debit cards first and spent much of the year paying down unsecured debt. Delinquency rates dropped to 3.17 per cent -- the lowest figure ever in New York Fed data -- in large part because Congress and lenders allowed borrowers to postpone required monthly payments. 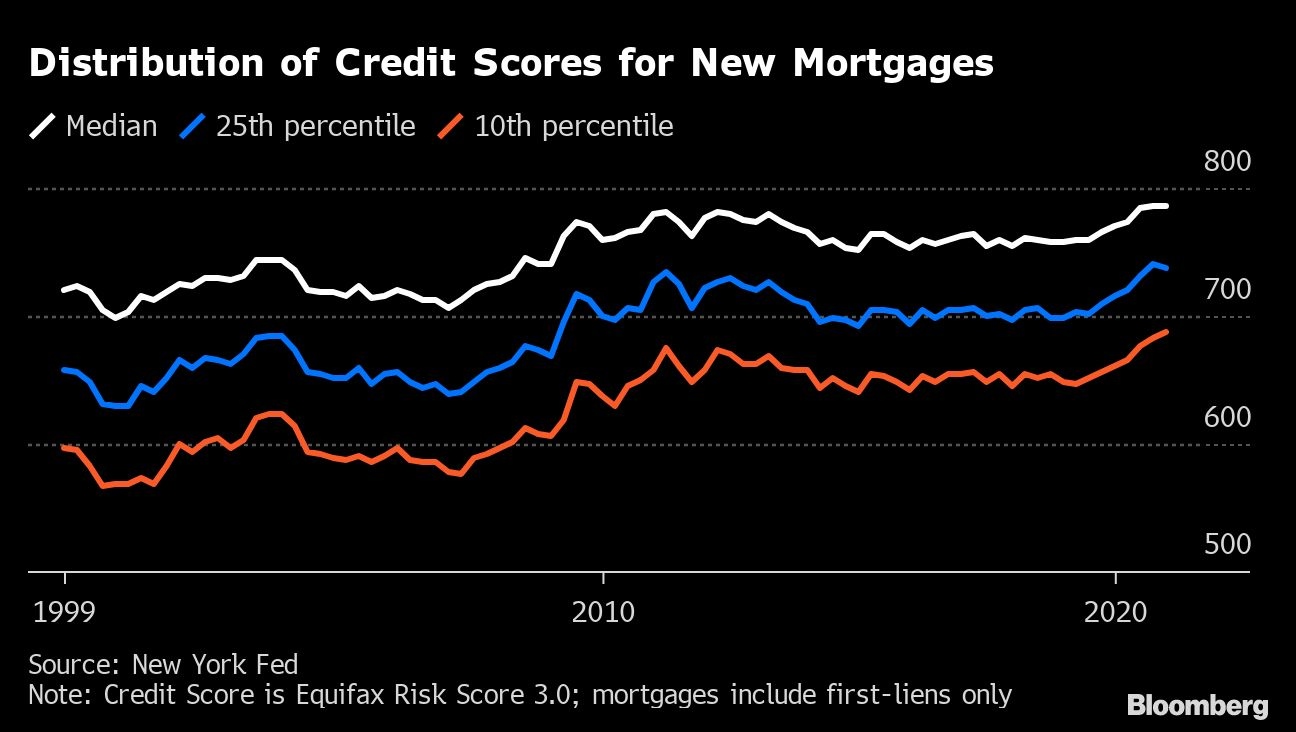 Households with the highest credit scores were among the biggest beneficiaries. The typical mortgage during the latter half of 2020 went to borrowers with a credit score of 786, the highest level ever in New York Fed data.

Most new mortgages last year refinanced old ones, and homeowners withdrew US$182 billion in home equity throughout the year. But at least half of those cash-out refinancings involved amounts just enough to cover typical closing costs, suggesting widespread caution among homeowners. Borrowers who didn’t withdraw equity from their homes while refinancing reduced their monthly mortgage payment by about US$200 on average. 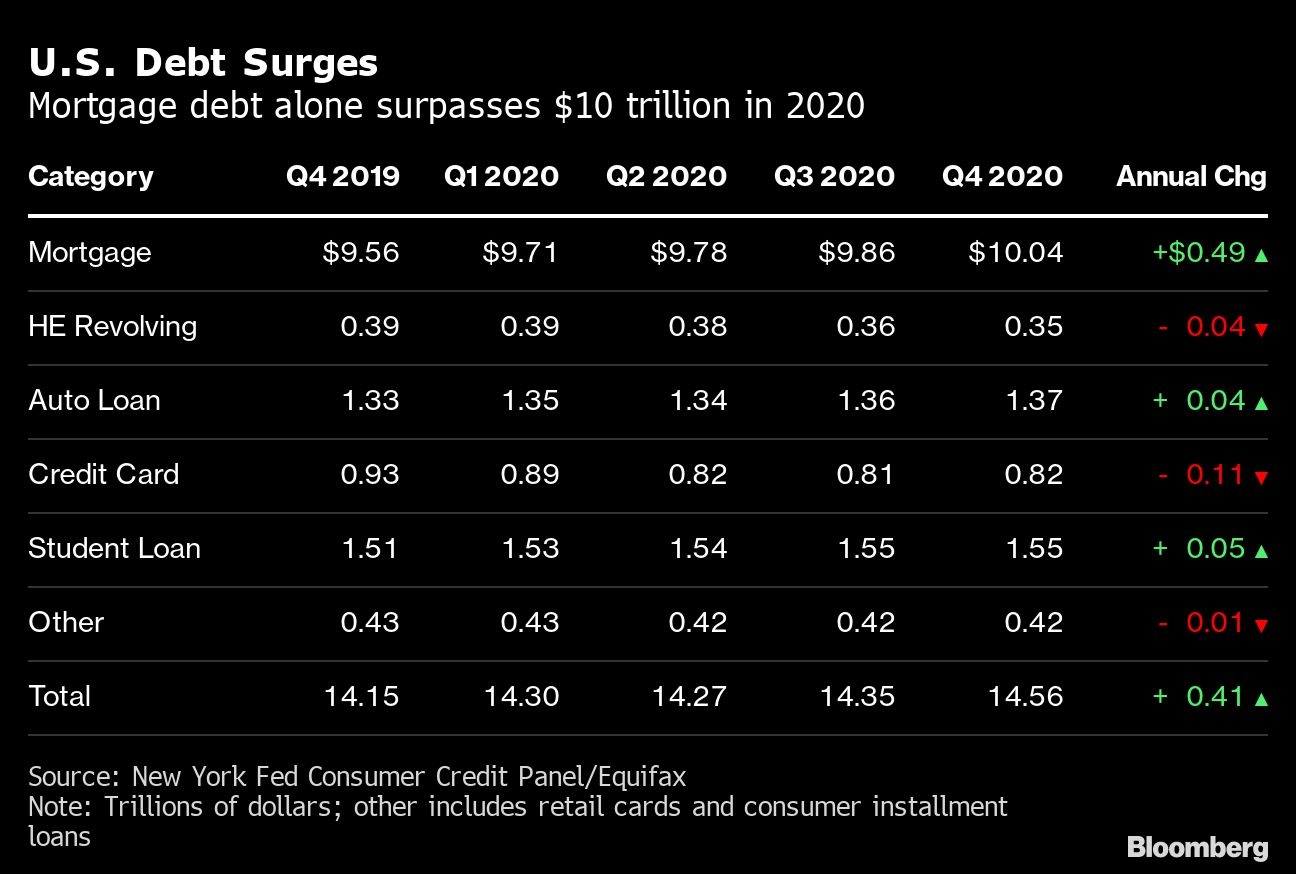