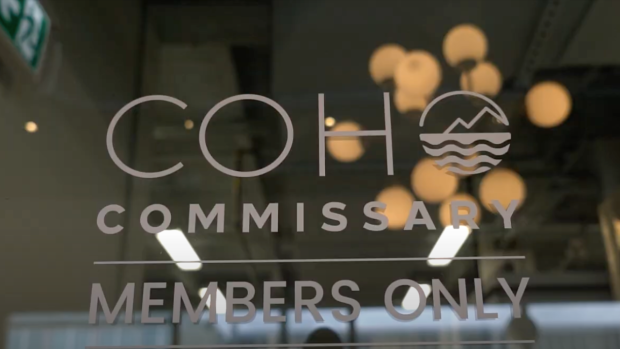 The business of food has left many entrepreneurs with a bad taste in their mouth: A food truck stalls. A can’t-miss product languishes on store shelves. A restaurant that launches with hype and promise closes quietly.

In fact, many restaurants are shuttered before they find a steady clientele or a bottom line not printed in red ink, an issue exacerbated by the effects of the COVID-19 pandemic. One report in spring 2022 estimated more than 3,300 Canadian restaurants had gone out of business in the previous 12 months — and in the U.S., that number was almost 10 times higher.

Still, more and more small food entrepreneurs are striving to be their own bosses while larger companies are looking to diversify their businesses and sources of revenue.

And what they have in common is the need to reduce the amount of risk associated with any new venture or expansion. That may involve using ghost kitchens for delivery-only business or launching or expanding in shared facilities such as commissaries rather than immediately investing in expensive equipment and real estate.

Coho Collective Kitchens Inc. (TSXV: COHO) is focused on both providing the space and equipment for food businesses to thrive and reducing the up-front costs — and, thus, risks — to those entrepreneurs.

“For our members, what we believe we’re offering them is a value-added, cost-effective solution to start and scale their businesses for relatively low risk.” – Andrew Barnes, CEO of Coho Collective.

“The real origin of our business, and where we spend significant focus, is providing space, services and quality customer service to any food business that needs a quality production space to operate within,” says Andrew Barnes, CEO of Coho Collective and its co-founder with COO Amrit Maharaj.

Thus, the growth-stage, Vancouver-based company currently has four food production facilities — two in Vancouver, one in North Vancouver, and one on B.C.’s Sunshine Coast — with two more (Victoria and White Rock) to open by September 15, 2022, and leases signed for an additional three that will open in the next year.

While there are other companies offering commissary space or running ghost kitchens, Coho Collective considers itself a community-driven, commercial real estate and food technology company that provides private and shared kitchen and production space to food companies.

The model, in place since the company’s founding in 2018, has worked.

Coho Collective currently has about 100 clients — they’re called “members” — with another 300 to 400 on a waiting list. Among the former are bakers and hot sauce makers, restaurants and food trucks. Farmers market vendors and caterers make up more than half of the waitlist, with other current and prospective members including ghost kitchen food producers, meal kit makers and producers of consumer-packaged goods, who comprise about a third of Coho’s current customers.

“For our members, what we believe we’re offering is a value-added, cost-effective solution for them to start their businesses for relatively low risk,” says Barnes, who previously worked for the international gaming giant Electronic Arts as senior director of operations and finance.

He notes new members can start operating about two weeks after signing on so “you’re not burning cash before you start the business itself and you can start to thrive and grow. The economics make a lot of sense for our members.”

“The more intrinsic value you’re getting is the connection to our business services, and that would be marketing and PR support, and all sorts of workshops and favoured rates with our suppliers,” he says, explaining even Coho Collective’s smallest members can make use of pre-negotiated deals with large suppliers to which they wouldn’t otherwise have access.

“We take much of the hassle out of running your food business.”

By cultivating and supporting a diversified membership, Coho removes much of the risk for itself.

“The business seems to be recession-resistant,” Barnes said. “When COVID hit, our business accelerated. And why it accelerated at that time is people were looking for more flexible ways to enter the food space. We have only seen an increase in demand for our services during that time.”

The diversification of the business doesn’t stop at the types of food products created in Coho Collective’s kitchens. Barnes notes about 60 per cent of its member businesses are female-led and a similar proportion are headed by people of colour — groups often lacking access to the credit and networks needed to launch much larger operations.

In addition, last fall, Coho Collective acquired Phantom Kitchen Inc. to accelerate its expansion into future markets. Phantom has a deal with Toptable Group, owner of eight B.C. restaurants, to be the first choice for any ghost kitchen services its eateries need.

No matter the size of the client, “everything we do is in service of helping those member companies grow,” Barnes says, noting Coho Collective’s main goal is to “supercharge” businesses.

Funded, planned, and poised for growth

Already, the real estate industry has taken notice, with prospective landlords even providing funding because they want the amenity of a multi-faceted food operation and the jobs and people it brings — along with the cool factor — to their projects, usually in industrial spaces.

The company targets the optimal areas for its locations through its real estate team, including CBRE; its in-house research group; and third-party delivery analytics such as heat map data from Skip the Dishes, its main delivery partner, about where customers live and from which food providers they’re ordering.

Investors have so far liked what they’ve seen of Coho’s model and plans — undoubtedly with an eye to a global cloud kitchen market that’s projected to hit US$139 billion by 2028 and online food delivery predicted to reach $365 billion by 2030.

The company started four years ago on the back of $1 million in funding from friends and family, then collected another $3 million in an over-subscribed round of seed funding in February 2021. On June 9, 2022, Coho stocks hit the TSXV, with its IPO generating $5 million at $0.30 per common share.

Calling Coho Collective “a longer-term play” for investors, Barnes says, “we believe we are poised for growth. We spent the last three years building a business that’s profitable in each operating facility and we have all of the growth pre-funded and pre-planned.”

He says the plan now is to protect capital and use the funds it has as efficiently as possible, including searching for turnkey facilities to facilitate rapid expansion.

“We’re looking for funding to go faster and take advantage of additional opportunities.”

Make sure to follow Coho Collective on social media for the latest updates: