The logo for ByteDance Ltd.'s TikTok app is arranged for a long exposure photograph on a smartphone in Sydney, New South Wales, Australia, on Monday, Sept. 14, 2020. , Brent Lewin/Bloomberg

When Megan Thee Stallion took off her bright orange mask and walked onstage to accept her Grammy on March 14, she fought back tears and thanked God, her mother, and her managers for helping her become the first female rapper to win the award for best new artist in two decades. But the rapper, whose real name is Megan Pete, made no mention of another entity that helped turn her song Savage into a No. 1 hit: the mobile app TikTok.

TikTok, a social network where people post short videos, often set to music, has become this generation’s hit machine. Like many TikTok sensations, Savage appeared to bubble up spontaneously from the enthusiasm of its users, who choreographed their own dances for the song, introducing it to other fans who watched those videos tens of millions of times. That mysterious formula for success on TikTok has turned the app into the most important new social media platform in years—which in turn thrust it into the center of a major geopolitical dispute.

But the success of Savage didn’t come out of nowhere. It resulted from a savvy marketing campaign, where TikTok’s management analyzed user data and advised Pete’s label on how to promote her, eventually landing on the infectious hit as the best vehicle to do so. Social media has always been less spontaneous than it appears, but from its inception, TikTok has been even more controlled than competing apps. Company executives help determine which videos go viral, which clips appear on the pages of personalized recommendations, and which trends spill out from the app to flood the rest of the world.

TikTok’s hold on American culture began with Alex Zhu, who started Musical.ly, the lip-syncing app that turned into what we now know as TikTok. Zhu grew up in China and studied civil engineering at Zhejiang University. He went to San Francisco to work at global software company SAP SE. On a train ride through Silicon Valley in 2014, Zhu was fascinated by the American teenagers listening to music and shooting video on their phones and decided to create an app that joined the two.

Although tech companies have often clashed with record labels, Zhu’s plan was always to work with the music industry rather than disrupt it. Zhu, 36 at the time, obsessively tracked user behavior, even registering fake accounts to interact with elementary and middle school kids. He personally courted rising stars by calling them and their parents at home and taking their families out to dinner. Zhu, through a company spokesperson, declined to comment.

Chinese company ByteDance Ltd. bought Musical.ly in 2017. A year later, after folding it into TikTok, ByteDance Chief Executive Officer Zhang Yiming imbued the platform with advanced artificial intelligence technology and a roughly billion-dollar marketing budget to draw in hundreds of millions of users. For the TikTok rebranding, employees spent hours calling creators to ask them personally to stay on the app. They explained that the app, which had just been bought by a Chinese company with deep pockets, would be a big deal for creators, says Michael Buzinover, a TikTok product manager.

To drive downloads, TikTok tried to ensure that creators, musicians, and advertisers were making money, too. Executives in Los Angeles and Beijing, where ByteDance was founded, left little up to chance: TikTok assigned individual managers to thousands of stars to help with everything, whether tech support or college tuition, inspiring a sense of loyalty among creators. TikTok regularly advises popular creators on which hashtags and features are important to the app and its advertisers, who are often guaranteed a minimum number of views per campaign. TikTok also connects creators with brands and musicians, which regularly results in paid partnerships. 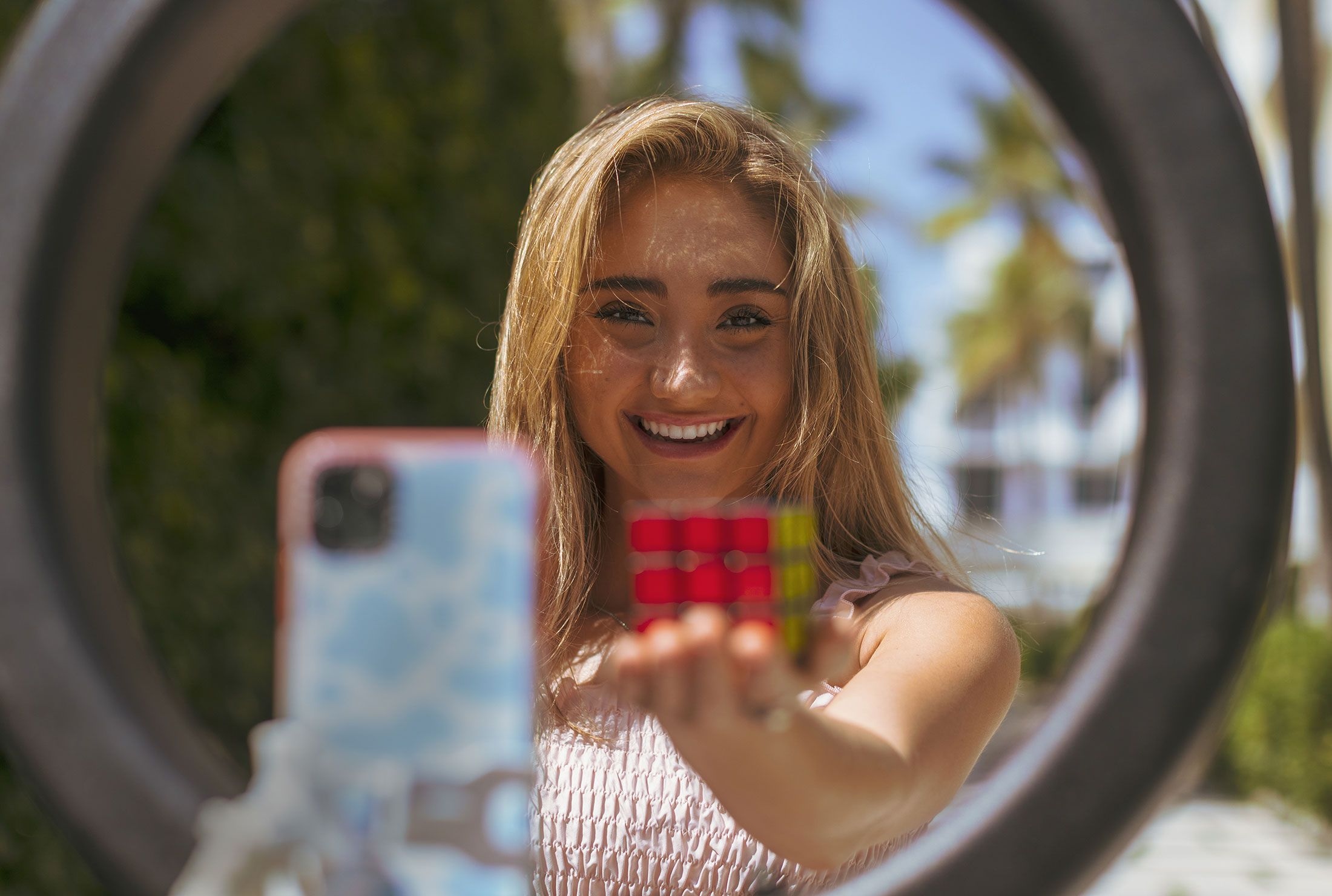 Top users receive weekly emails with instructions on which videos to make to increase their exposure, says Gabby Murray, a 19-year-old TikTok creator from Florida with 8.5 million followers, who makes about US$20,000 a month on TikTok. “I actually tested it out,” she says of a mirror filter her manager asked her to promote that allows users to clone their face. “The videos did super well. It wasn’t something I would typically post, but I just wanted to try it out. Because she said so.” (A TikTok spokesperson says trends still happen organically on the app.)

This approach differed greatly from the early operations of Twitter Inc. and Facebook Inc., where most things would start trending after lots of people posted about the same thing. American tech companies saw themselves as platforms, not content providers, and didn’t wheedle users to post about certain things, says Karyn Spencer, who ran creator development for Twitter’s video platform Vine before a user exodus forced the app’s shutdown. That ideology has changed somewhat as the companies have grown, especially on Alphabet Inc.’s YouTube and Facebook’s Instagram, which increasingly pay creators for content.

Pete’s record label, 300 Entertainment, was working with TikTok to promote her album Suga early last year, right before the COVID pandemic hit. The label initially picked a focus of its campaign—the song Captain Hook. But TikTok urged the label to put five tracks on the platform to monitor various metrics before committing to a song. Almost immediately, TikTok users took to another track, Savage. The rate at which users were saving snippets of the song to their private “sounds” folders for future use was “growing exponentially,” says Isabel Quinteros Annous, TikTok’s head of music partnerships. Then, she says, TikTok deliberately let the song “simmer” on the app for a number of days before placing it in the all-important playlists and banner ads at the top of its search page and sound library, where users select music for videos. “We held promo levers to just let the sound mature to the right point where then, when we pulled everything we had against it, it just propelled it to No. 1,” she says. 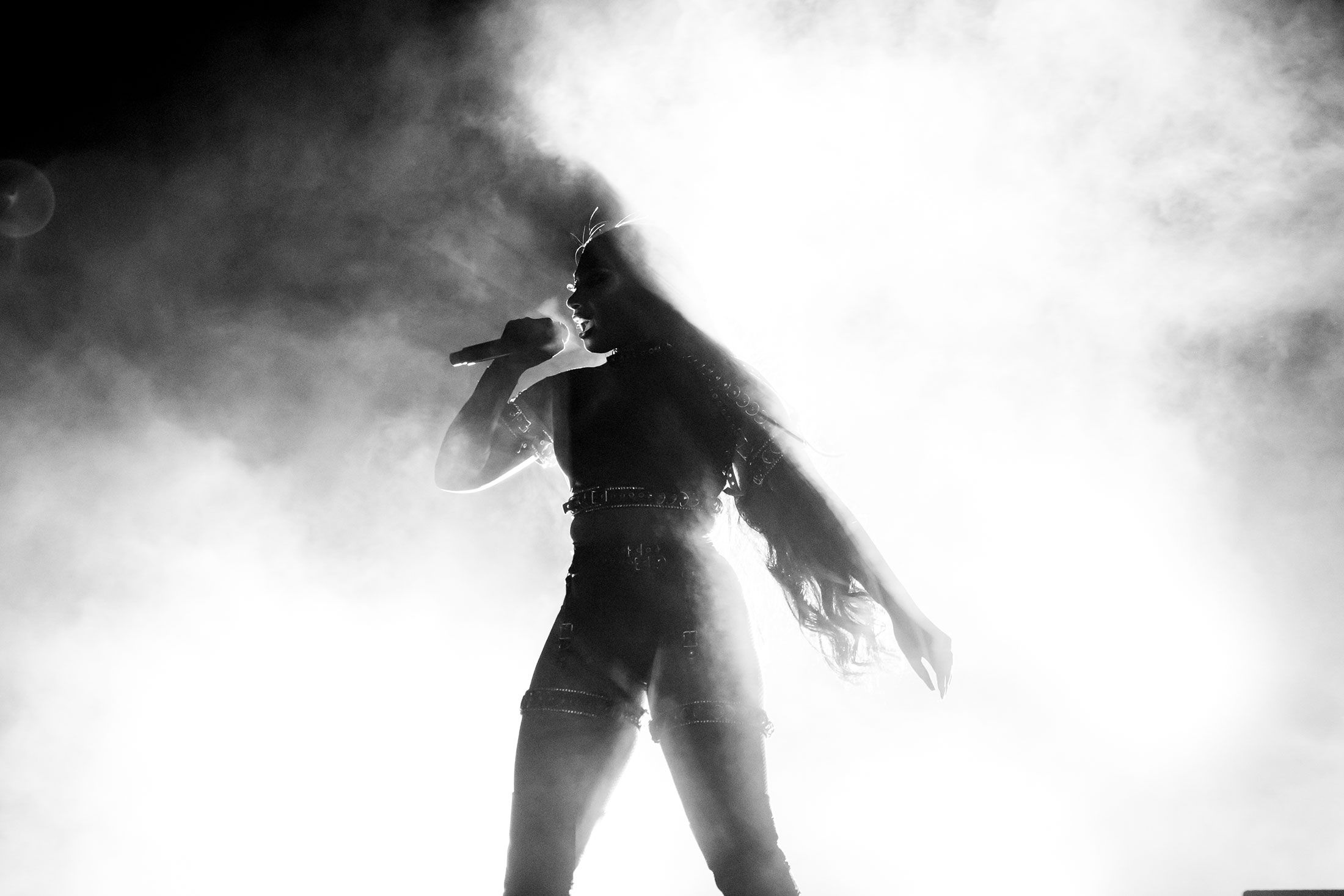 TikTok hosted Pete for a live event during the early days of the quarantine and helped popularize the #SavageChallenge, named after a dance routine created by Keara Wilson, a 20-year-old TikTok user in Texas. Wilson, who’s been hired to create similar dances for rapper T-Pain and other stars, said she wasn’t paid to create the Savage dance. But Pete’s label, 300, did run an influencer marketing campaign, and TikTok megastars Charli D’Amelio, Addison Rae, and Hailey and Justin Bieber posted videos of the #SavageChallenge to their more than 200 million followers. Pete herself then performed the challenge in a TikTok post while wearing Rihanna’s Savage X Fenty lingerie line, helping drive sales for Pete’s brand partner.

As Savage was blowing up the charts, TikTok and its Chinese parent company were facing a political crisis stemming from deteriorating relations between the U.S and China. American politicians aired concerns about privacy, the nature of TikTok’s algorithm, and the potential that the app could be used as a Trojan horse for Chinese espionage. In June of 2020, President Donald Trump held a poorly attended campaign rally, and some people blamed the low turnout on a sabotage campaign from thousands of TikTok users. By August, claiming national security concerns, Trump issued a pair of executive orders that required ByteDance to sell part of its business to an American company or face a U.S. ban. 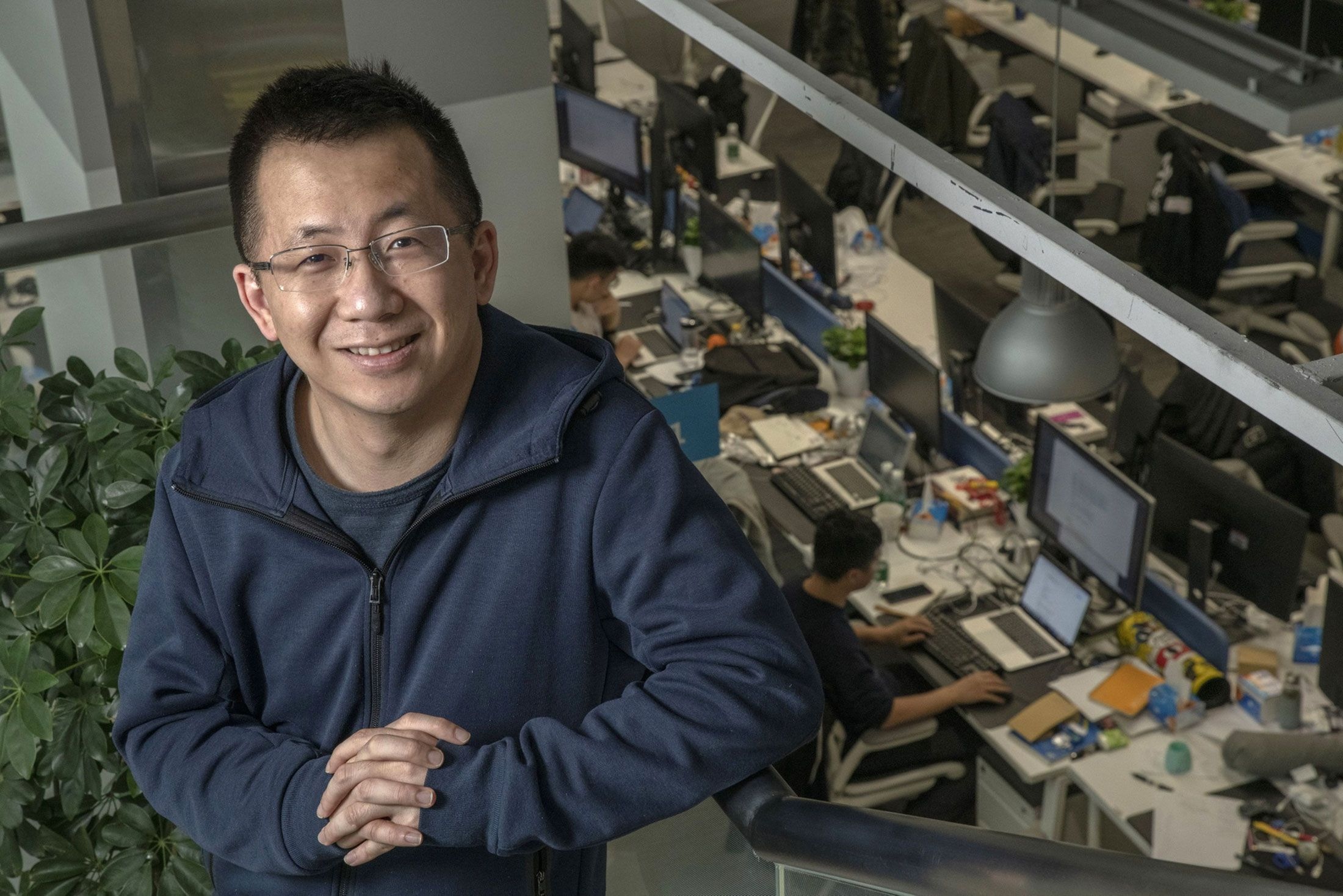 Zhang, ByteDance’s CEO, discussed deals with a number of U.S. tech giants but ultimately decided to wait out the crisis, anticipating less hostility after the presidential election. In the meantime, a group of American social media influencers sued the Trump administration, charging that the ban would violate their constitutional right to free speech. It appeared to be a grassroots effort, led by a fashion designer, a comedian, and a musician who had about 8 million TikTok followers among them. “TikTok is all about using your voice to reach a global audience, and this is what the First Amendment is all about,” said 21-year-old Cosette Rinab, the fashion designer, on TikTok. “The president’s executive order is violating our freedom.”

In fact the lawsuit was orchestrated by TikTok and ByteDance, according to a person familiar with the case who was not authorized to speak publicly. The company recruited the creators, connected them with a well-known First Amendment lawyer, and helped craft the legal tactics, this person says. The strategy worked: ByteDance got a reprieve when Trump left office and the Biden administration put an official hold on the former president’s ban. TikTok became the most downloaded app in 2020, surpassing Facebook, according to App Annie.

It was the kind of soft power that Zhang had sought for years to influence the U.S. market, says Brett Bruen, a former Obama administration diplomat. “It’s not Washington vs. Beijing or TikTok vs. Trump. It’s this army of influencers,” he says. Just like with choosing the next hit song, TikTok was happy to have it appear as if the ones deciding on the agenda were its users themselves.