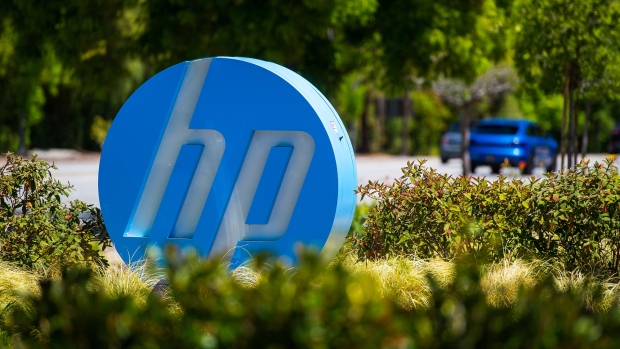 HP Inc. signage stands on display outside the company's headquarters in Palo Alto, California, U.S., on Monday, May 28, 2018. HP Inc. is releasing earnings figures on May 29. , Bloomberg

HP Inc. (HPQ:UN) said Chief Executive Officer Dion Weisler is leaving the company to attend to a family health matter. Enrique Lores, head of the printing business, will take over and is already looking to make changes at the world’s second-largest personal computer maker.

Lores, 54, has been working with HP’s board on a "comprehensive global review of the company’s strategy and business operations” over the past year, according to a statement. He will share some of his conclusions and plans on Oct. 3 at a company event.

"The need for us to keep reinventing is more important than ever," Lores said. "I have great confidence in the direction we’re going to be taking on the company."

The change in leadership should be seamless and it will help to have a representative from the printer unit running the whole company and making that business a priority, Cross added.

HP has been trying to transform itself in the midst of a stagnant PC market and a printer business that faces an uncertain digital future in which offices use less paper. The company has tried to sell more expensive computers and sign up customers for subscriptions.

Born in Madrid, Lores is currently head of the the Imaging, Printing and Solutions business. In the latest fiscal quarter, sales from this division fell 5%, including a 7% drop in printer supplies, highlighting the challenges Lores is taking on.

HP shares fell six per cent in extended trading, after closing at US$18.93 in New York. The stock is down about eight per cent so far this year.

Printer supplies revenue was worse than the company expected, Weisler said on a conference call with analysts. The unit’s performance was hurt by changes in company leadership outside of the U.S. and a weaker economy, he explained. Supplies revenue won’t grow next year and the printer market will remain "soft," Chief Financial Officer Steve Fieler said on the call.

A 30-year veteran, Lores worked his way up from an engineering intern position to roles that included running the office that managed the split from Hewlett Packard Enterprise in 2015. He’s been instrumental in improving the company’s cost structure and organization which has helped profitability, the company said. He becomes CEO officially on Nov. 1.

Lores also held senior roles in the commercial PC business and in sales. He led the 2017 acquisition of Samsung Electronics Co.’s printer business.

“There were many that doubted us,” he said in an interview. “We’ve reinvigorated and reinvented this company.”

He declined to give details of his family situation but said he needs to move back to his home country of Australia. “I really need to go and tend to that,” Weisler said.