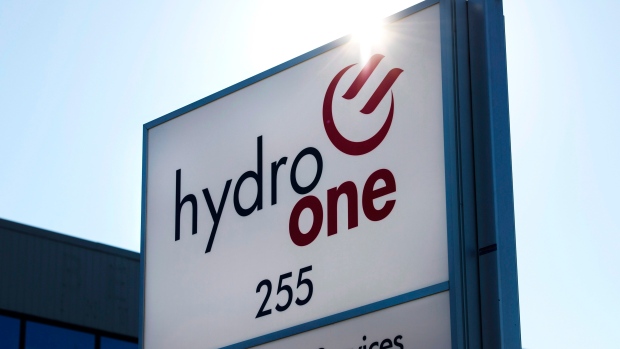 A Hydro One office is pictured in Mississauga, Ont. on Wednesday, November 4, 2015. , Darren Calabrese, The Canadian Press

TORONTO -- Hydro One Ltd. is reporting that its net profit decreased by 11.4 per cent in the third quarter to $194 million.

The parent company of Ontario's largest electricity transmission and distribution utility says it earned 32 cents per diluted share for the period ended Sept. 30, compared with $219 million or 37 cents per share a year earlier.

The prior year's profits were boosted by regulatory catch-up revenues and a lower effective tax rate.

Revenues were $1.61 billion, up 3.1 per cent from $1.52 billion, reflecting higher consumption from favourable weather.

Hydro One was expected to earn 35 cents per share in adjusted profits on $1.61 billion in revenues, according to analysts polled by Thomson Reuters Eikon.