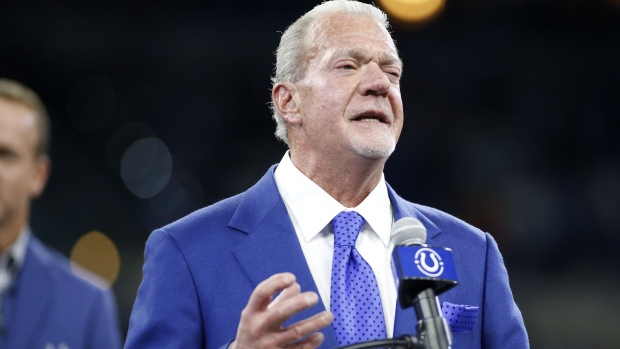 “There’s going to be a few,” Irsay, also the Colts chief executive officer, said in a wide-ranging interview on Bloomberg’s ‘Business of Sports’ show. “Seattle -- with Paul Allen my friend unfortunately passing away and that team is in a trust -- is going to become available I’d imagine in the 2024 range.”

Allen, who co-founded Microsoft Corp. alongside Bill Gates, died in 2018 and his sister Jody Allen has since taken over the team as chair. Representatives for the Seattle Seahawks couldn’t be immediately reached for comment.

In Irsay’s view, competition for the Seahawks organization is surely to draw bids from private equity chiefs and billionaires alike given the desire among the elite to acquire teams.

“I know where franchise values are going,” Irsay said. “And one thing we do know is there’s a high interest out there for people that fell short of the Broncos. There’s some really great people that are capable but the problem now is finding people that have the net worth that can actually buy a team. It’s very difficult.”

In June, the Denver Broncos agreed to be acquired for $4.65 billion by a group led by Rob Walton, the son of Walmart Inc. founder Sam Walton. That’s after the organization drew interest from the likes of billionaire Josh Harris of Apollo Global Management Inc., media mogul Byron Allen and tech and sports investor Todd Boehly.

While the purchase agreement is complete on the Broncos deal, Irsay is adamant that future bidders won’t blink at the opportunity to acquire an NFL team, even though valuations have ticked higher since the era in which he inherited the team from his late father Robert Irsay.

“You’ll never regret the price you paid for the team,” he said. As for the Broncos, he added, “Anyone that got them for under $8 billion, they got them for a heck of a deal.”