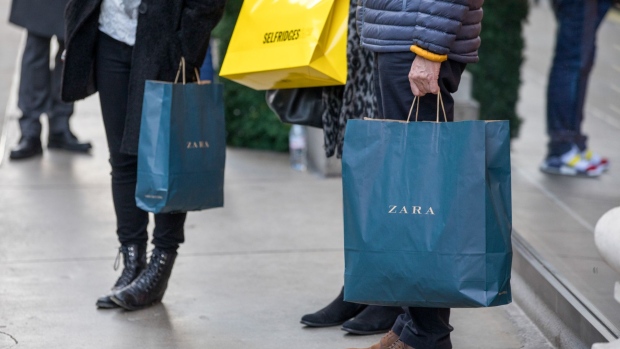 (Bloomberg) -- Inditex SA reported an acceleration in sales as the Zara owner benefited from its expansion into e-commerce and other technologies that make retail more efficient.

To contact the reporters on this story: Thomas Mulier in Geneva at tmulier@bloomberg.net;Rodrigo Orihuela in Madrid at rorihuela@bloomberg.net