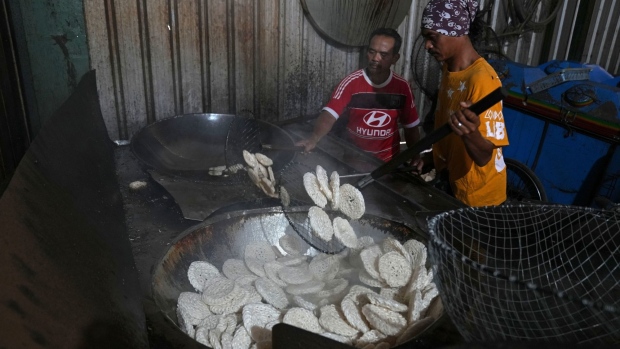 Workers deep fry Kerupuk crackers at Kerupuk SKS factory in Jakarta, Indonesia, on Wednesday, April 20, 2022. The deep-fried crackers served usually alongside every Indonesian meal are set to cost twice as much starting next month due to higher prices of cooking oil and spices, in the latest sign of how inflation is creeping into Southeast Asia’s biggest economy. , Bloomberg

The policy will be effective from April 28 until the local shortage is resolved, Jokowi, as the president is known, said in a Friday briefing. Most of the country’s cooking oil is made of palm oil products.