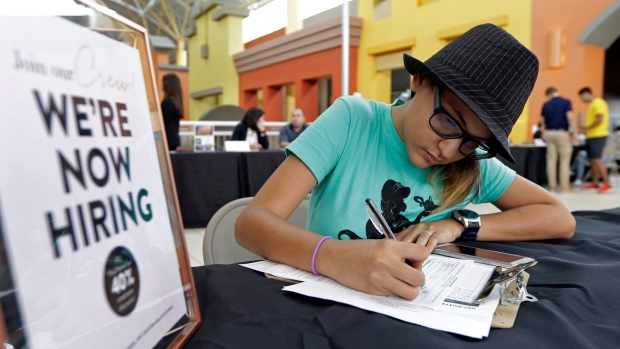 Workers’ share of global income has shrunk “substantially” this century, and the top earners are taking a bigger part of the pie, according to the International Labour Organization.

New research from the ILO shows that low-income earners in advanced economies have been particularly affected, and that just 10 per cent of workers receive nearly half of global pay. The lowest 20 per cent earn less than 1 per cent of total labor income.

The findings will fuel the hot-button topic of inequality, with the gap between the haves and have-nots blamed for anger about capitalism and the rise of populist politicians like U.S. President Donald Trump. Ray Dalio, billionaire founder of the world’s biggest hedge fund, has called income inequality in the U.S. a “national emergency.”

In a report published Thursday, the ILO found that between 2004 and 2017, the share of income of the middle class, defined here as the middle 60 per cent of workers, declined to 43 per cent from 44.8 per cent. At the same time, the top 20 per cent of earners increased their average share to 53.5 per cent from 51.4 per cent.

Moreover, the ILO calculates that a 1 per cent rise in the share of the top 5 per cent of earners is associated with a 1.6 per cent decline for the lowest percentile.

“The evolution of the labor income distribution between 2004 and 2017 follows a ‘hockey stick’ pattern,” it said. “Substantial loses for the middle and lower-middle class, and large gains for the top.”

It found evidence of this pattern in countries including Germany, the U.S. and the U.K.

In total, workers’ share of income is on the decline. In the Americas, it fell 1.6 percentage points between 2004 and 2017, while in Europe the drop was more than 2 percentage points. That implies a bigger portion of aggregate income was allotted to capital, it said.