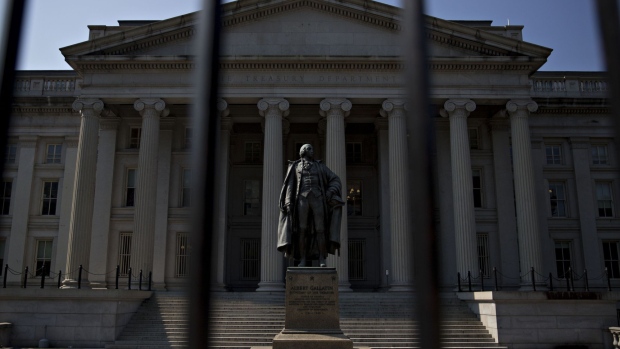 The Treasury’s first experiment with expanding its fundraising arsenal to combat the pandemic-fuelled economic crisis comes this week. Judging by the auctions just gone and the state of the market, buyers will be eager to take it down.

Investors flinched initially at the prospect of a larger-than-anticipated sale of 20-year bonds — the first since the 1980s — and yields at the long end of the curve rose early this month. But that cheapening helped build demand for the subsequent sales of 10- and 30-year Treasuries last week. Their strong reception augurs well for the US$20 billion auction of new long bonds on Wednesday.

The results may also mitigate any doubts Treasury might have harbored about appetite for the US$3 trillion of debt it’s showering on investors this quarter. There’s been no sign of a spike in borrowing costs: Bleak economic data have weighed on yields even as the Federal Reserve trims purchases. And preliminary trading in the 20-year implies a yield of about 1.12 per cent — historically low for a long bond, but appealing enough relative to 0.64 per cent on the 10-year, says Neil Sutherland at Schroders.

“The issuance numbers that we’re seeing from the Treasury are truly eye-watering,” the money manager said. “But there is a gap for that maturity in the market, and I think there will be decent enough demand.” 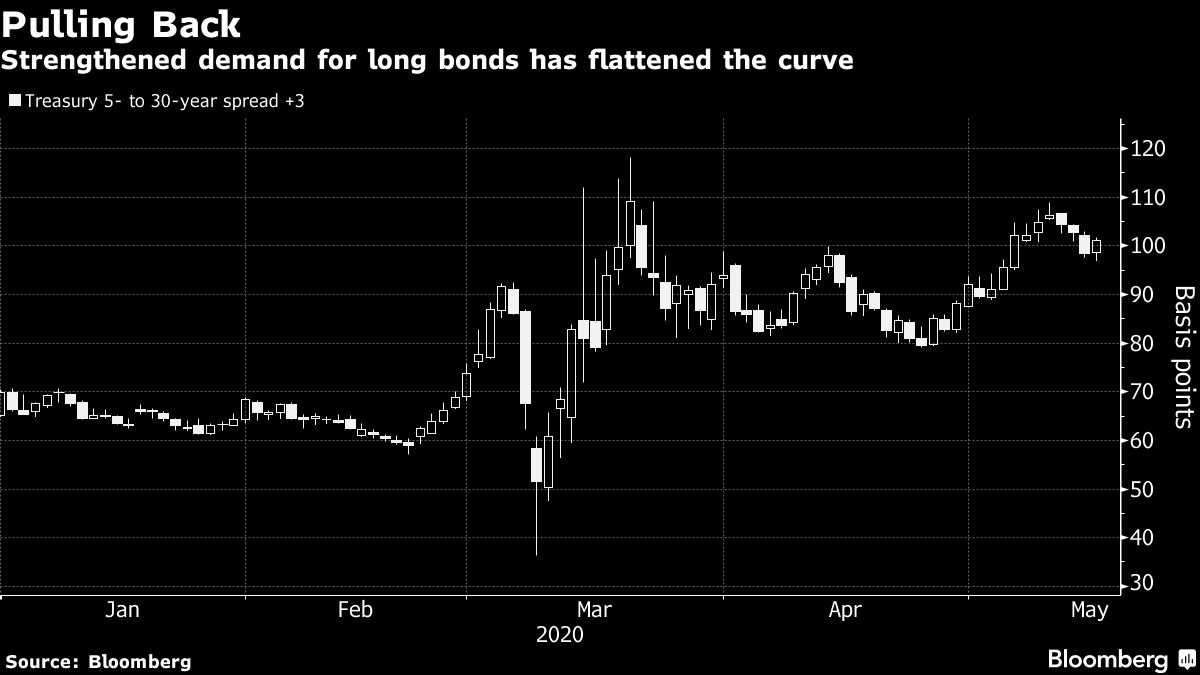 Investors aren’t short of reasons to buy long-dated Treasuries at the moment. As if anyone needs reminding, last week’s data elaborated on the dire economic consequences of this demand shock, including record slumps in retail sales and consumer prices. That helped push the 30-year yield as low as 1.25 per cent Friday, from a peak of 1.45 per cent this month.

Moreover, with inflation dead in the water, the market sees the Fed unable to raise rates for the next five years at least. And there’s still a shortage of safe assets in the world that offer investors any return at all. The pile of negative-yielding debt is just shy of US$12 trillion globally.

“You get paid nothing in cash, so if you can extend out and pick up 100 basis points to extend out the curve, in an environment of negative growth, deflationary impulses, and meager returns elsewhere, people will reach for yield,” Sutherland said.

And traders have started to contemplate a much grimmer economic scenario within the next 12 months. Despite assurances from Fed officials that they’re not looking to cut their target below the current 0-0.25 per cent, futures still show the market is hedging the risk of a negative policy rate by mid-2021.

Chairman Jerome Powell may offer more statements rejecting such a move this week, starting with an interview to be aired Sunday evening on CBS’s 60 Minutes show. On Tuesday, he addresses a Senate committee along with Treasury Secretary Steven Mnuchin, in testimonies that will speak to the forces driving the world’s biggest bond market as the virus rages on.

Friday afternoon, the Fed warned that stock and other asset prices could suffer “significant declines” should the pandemic deepen.

• The week’s main events are Powell’s TV appearance and Senate testimony, and the reintroduction of the 20-year bond