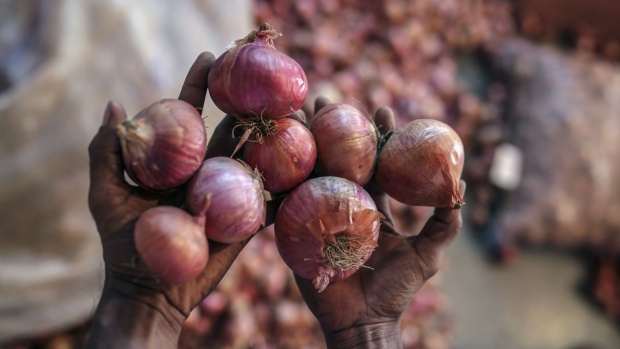 A worker holds onions at a market in Mumbai, India. Bloomberg/Dhiraj Singh

Asia’s two largest developing economies face a price surge for staple products — pork in China and onions in India — that are central to consumers’ diets. In Turkey and Nigeria, supply problems are driving up costs, while United Nations data show global food prices rose at the fastest pace in October in more than two years.

While the spike is painful for poorer consumers, it hasn’t reached a level to convince central banks to pull the brake on policy easing, as they remain focused on boosting economic growth amid a global slowdown. Average inflation across emerging markets is still at an all-time low, according to a Bloomberg gauge of consumer price indexes.

“We think it’s likely they would look through food inflation that is concentrated on a handful of products and driven by idiosyncratic factors,“ said Taimur Baig, managing director and chief economist at DBS Bank Ltd. in Singapore. “Bias toward further monetary and fiscal easing will remain in 2020, in our view.”

Nevertheless, the threat of a price shock is real. Nomura Holdings Inc. economists recently warned of three potential triggers of higher food costs — weather-related shocks, higher oil prices and a sharp depreciation in the dollar — saying emerging and frontier markets are most at risk since food costs there make up a larger proportion of consumers’ income.

The key will be whether the increases begin to feed into consumers’ longer-term inflation expectations, which could drive up wages and core inflation in a spiral, said Sonal Varma, Nomura’s chief economist for India and Asia ex-Japan.

“This is a big policy dilemma for central banks, to have supply-side driven higher food inflation while growth is weakening,” Varma said. “The question is: Do central banks believe that this is durable or that it’s transitory?”

Here’s how the phenomenon is playing out in key emerging markets:

Pork prices doubled in October following massive livestock culls to protect against swine fever. That pushed up consumer inflation to 3.8 per cent, its highest level since January 2012. Economists expect inflation to peak at five per cent or six per cent in January, before gradually tapering off. Inflation at that level could impede the central bank’s efforts to ease monetary policy and boost an economy amid an ongoing trade war and weak domestic demand. 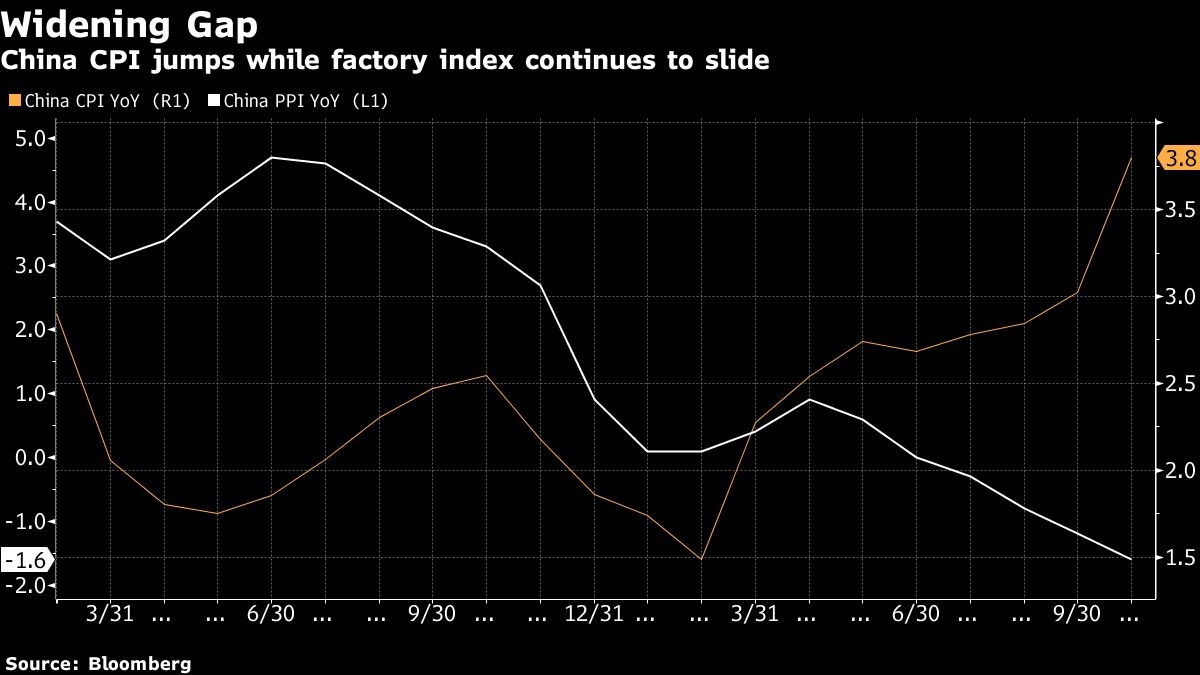 In the meantime, swine fever is jumping borders, with neighboring Vietnam culling almost six million pigs to prevent the spread of the disease. It hasn’t showed up yet in Vietnam’s CPI — partly because high food prices a year ago have skewed the statistical base — but the impact likely will be reflected in coming months, said Alex Holmes, an Asia economist at Capital Economics Ltd. in Singapore. Live pig prices in November are almost 30 per cent higher than a year earlier, according to an industry group.

In India, where spikes in the cost of onions have sparked social unrest in years past, a 26 per cent year-on-year rise in vegetable prices pushed October headline inflation above the Reserve Bank’s threshold of four per cent for the first time in 15 months.

That runs up against a central bank intent on easing policy to spur growth. Data due Friday is likely to show India’s gross domestic product grew 4.6 per cent in the July-September quarter, its slowest pace since early 2013, according to a Bloomberg survey of economists.

Food inflation hovered near 30 per cent in the first quarter and has remained above 15 per cent for much of the year, due to a currency crisis in August 2018 coupled with supply-chain issues and a heavy reliance on natural irrigation. The government has taken to buying produce directly from farmers and selling it in cities, with President Recep Tayyip Erdogan denouncing alleged price-gougers as traitors and terrorists. Recent droughts in grain-producing provinces raise concerns about possible supply constraints next year, with the central bank expecting food inflation at 11 per cent by the end of 2020.

A regional drought has curbed food output in some southern African countries. Driven by increases in the cost of corn products, food-price growth has pushed Zambian inflation to a three-year high, and monthly food inflation in Zimbabwe has reached almost 50 per cent as supplies dwindle. In Nigeria, the price of imported rice has surged 7.3 per cent since August after President Muhammadu Buhari ordered border closures, partly to counter widespread food smuggling.

--With assistance from Rene Vollgraaff, Lin Zhu and Cagan Koc.