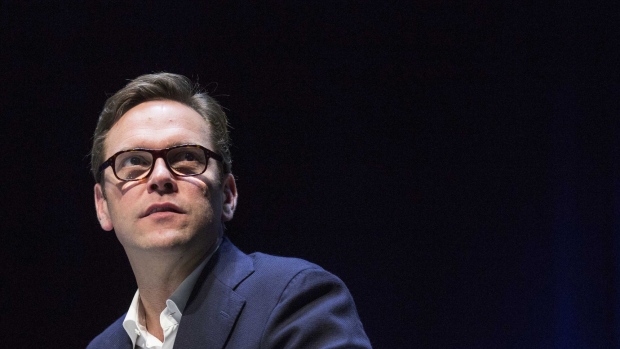 The former chief executive officer of 21st Century Fox Inc. and Uday Shankar, the former president of Walt Disney Asia Pacific, are seeking a blank-check vehicle to acquire Asian companies in sectors including media and technology, the people said, asking not to be named as the information is not public. The joint venture is sounding out advisers as well as potential investors in the SPAC, the people said. They are considering listing the vehicle in the U.S., one of the people said.

Deliberations are at an early stage, and details of the potential SPAC including venue may change, the people said. Shankar and a representative for Lupa declined to comment.

Lupa and Shankar announced a partnership in January to look for growth avenues across emerging markets.

The 48-year-old son of billionaire Rupert Murdoch resigned from the board of News Corp. in July last year, citing differences of opinion with the publishing company. Lupa entered India less than two years ago and has built a portfolio of technology investments, according to the statement.

Murdoch and Shankar previously worked together at Star India, which became the country’s largest media company before Walt Disney’s takeover of a swath of 21st Century Fox’s assets, including Star, in 2019. Shankar worked for the Asia Pacific unit of Disney after the deal, but left in December last year.

Investors ploughed $83 billion into 248 SPACs in the U.S. last year, according to data compiled by Bloomberg. The trend is rapidly going global, with blank-check companies springing up in recent months to focus on targets in Asia, or with ties to the region.