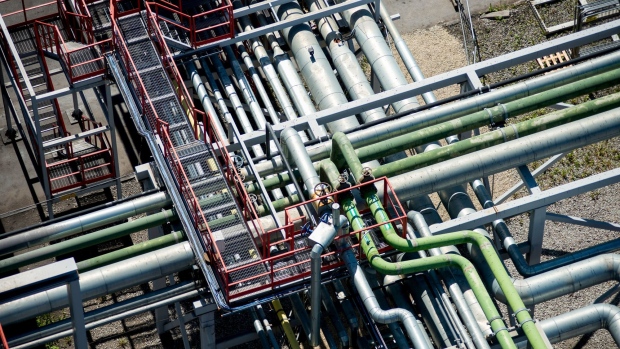 (Bloomberg) -- Japan will keep its investment in the Sakhalin-1 oil and gas project in Russia, said the nation’s trade chief.

The government has requested a Japanese consortium to keep its stake in the project, the nation’s Trade Minister Yasutoshi Nishimura told the press on Tuesday. Japan has few resources of its own, and depends on fuel from the nearby project.

The move was widely expected as Japanese officials have stressed since Russia’s invasion of Ukraine that the project is crucial for Japan’s energy security. Japanese firms also kept investments in the nearby Sakhalin-2 liquefied natural gas export plant.

Sakhalin-1 is partly owned by a consortium of Japanese organizations including the trading company Marubeni Corp. and the government. President Vladimir Putin signed a decree in October to transfer operations of the Sakhalin-1 oil and gas project to Russia, a move that forced foreign investors to declare if they’ll maintain their stakes.