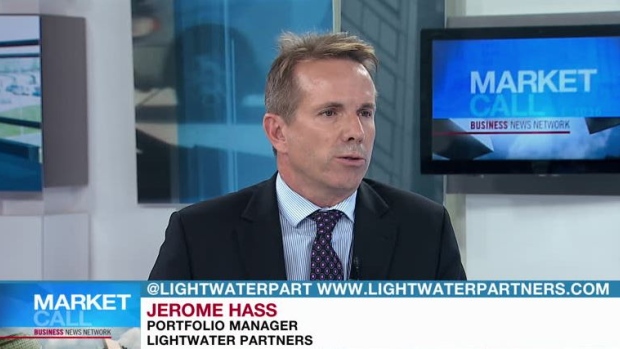 We are a long/short equity fund focused on pair trades. At most times nearly half of our fund is on the short side. We are agnostic to the direction of the market and do not try and predict its direction.

There is a trend that we believe investors should be paying attention to. The rise of ETFs is turning into a flood. ETFs assets have passed $100 billion in Canada, double the AUM of four years ago. Globally, ETF AUM is now over $3 trillion.

It may surprise people to know that we love the growth of ETFs because it makes our job easier.  The more assets that are invested passively in ETFs, the less investors are focused on ‘price discovery.’ That is, determining what the intrinsic value of a stock should be.  When investors invest ‘passively’ in ETFs, they are relying on ‘active’ Portfolio Managers like us to determine what stock prices should be, and so, in effect, they become ‘price-takers’. As passive investing grows, our ability to determine the fundamental value of a stock becomes even more valuable so in this way, we get a better return on our research efforts.

We focus on “uncrowded” Canadian mid-cap stocks that don’t get much attention from investors or sell-side Analysts. Tucows is such an example.  Tucows is a Toronto-based telecom company that operates entirely outside of Canada.  In the U.S., it operates a ‘Mobile Virtual Network Operator’ or MVNO. MVNOs do not own the underlying network infrastructure but purchase wireless services at wholesale prices from incumbent operators then resell them to their customers under their own brand.  Hence, it is a very capital efficient business (ROE of 29 per cent) and can be a high growth business (10 per cent annual growth over 2016-18).  Instead of paying a dividend, management has been aggressive about buying back shares. For investors concerned about the future prospects of Canadian telecom incumbents BCE, Telus and Rogers, we think Tucows is a great investment alternative.  [We most recently added to our TC position at $35.33]

Running to stand still. Just Energy has an attrition rate of 16 per cent. That means that to ‘stand still’, JE needs to replace 16 per cent of its customer base each year. That’s a lot of doors to knock on.  When is the last time you bought anything from a door-to-door salesperson – let alone entered into a multi-year energy contract with one? We believe Just Energy’s door-to-door sales model is dated. If more jurisdictions adopt Ontario’s recent legislation, those days will be soon numbered. The company also faces upcoming refinancing risks with its long-term debt (due in 2017). Moreover, Ron Joyce, a long-time shareholder of Just Energy has been a significant seller of JE shares below $8 in July. [We lastly added to our JE short position at $7.80 on 31 March 2016]

The motivation for this pair trade lies mainly on the short side:  we think Cineplex is over-valued relative to U.S. comparables and ‘over-owned’ by Canadian long-only funds. When analyzing Cineplex, investors focus primarily on upcoming box office prospects.  As a hedge fund, we try to mitigate as much risk as possible. In this instance, it is ‘box office’ risk. Since Cinemark shows largely the same movies as Cineplex, we can eliminate most of box office risk by going ‘long’ or buying shares of Cinemark. Cinemark has a better secular growth profile than Cineplex (CGX is limited by its 77 per cent market share in Canada) yet trades at a substantial discount (8.5x 2016E EBITDA vs. 13.5x 2016E EBITDA). Moreover, we are dubious of Cineplex’s plans to venture into casual dining. Investors like Cineplex because its core business is recession-proof; the casual dining business isn’t. [We lastly added to our CGX short position 16 months ago at $49.86 on 31 March 2015; we last added to our CNK long position on 16 October 2015 at $33.84]

** Returns provided are net of all fees and expenses.  3 year figures are annualized returns

** Returns provided are net of all fees and expenses.  2 year and 3 year figures are annualized returns