Restaurant jobs are not middle-class, wages must rise to bring people on board: Author of 'The Next Supper'

Unfilled jobs surpassed one million in Canada, a sign that employers are having difficulty finding workers as they ramp up hiring.

There were 1,014,600 job vacancies in September, Statistics Canada reported Thursday in Ottawa. That represents about 6 per cent of all jobs, a vacancy rate that’s up from as low as 3 per cent last December. Employers in high-contact industries like food services and hotels had the highest proportion of unfilled positions, at 14.4 per cent. 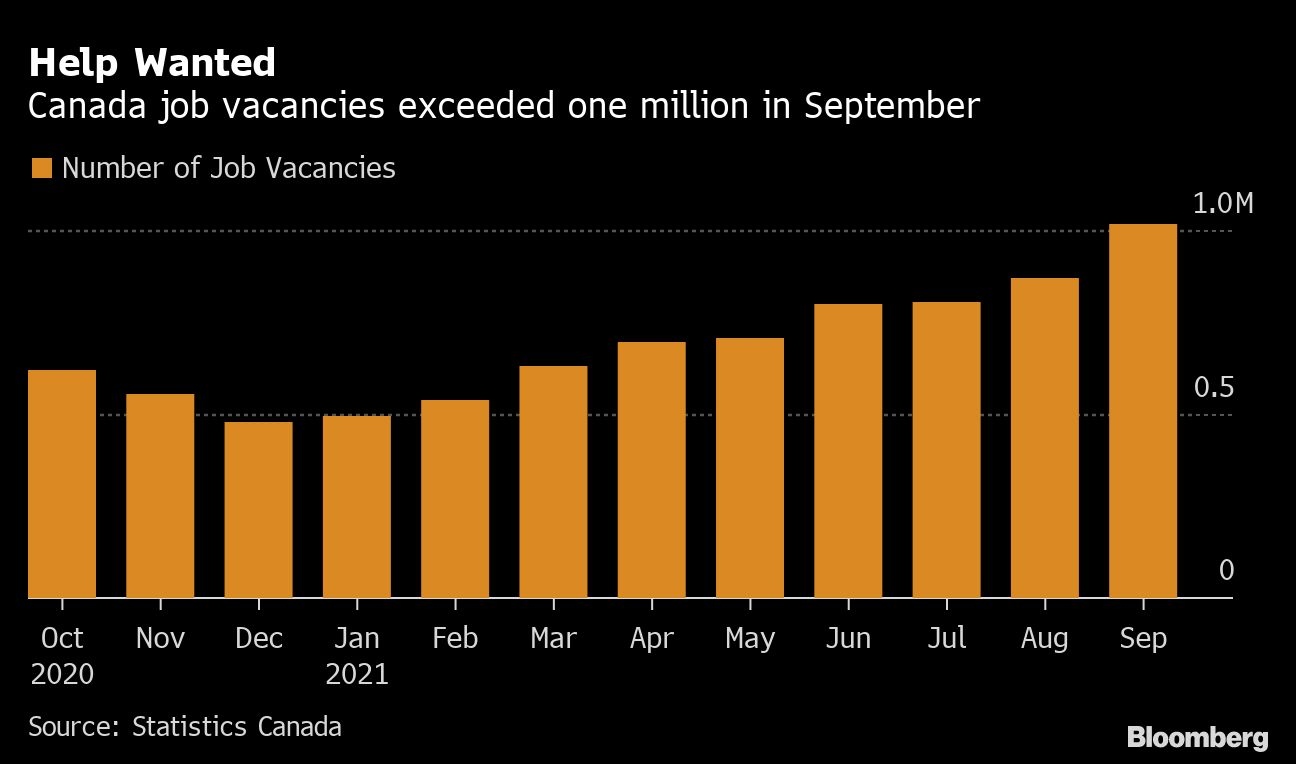 Thursday’s report suggests labor shortages are growing as employers ramp up hiring in a recovering economy.

There are now 0.8 vacancies for every job seeker in the country, according to data compiled by Mikal Skuterud, a professor of labor economics at the University of Waterloo. That’s the highest proportion in data back to 2015 and twice the average of 0.4 over that period. 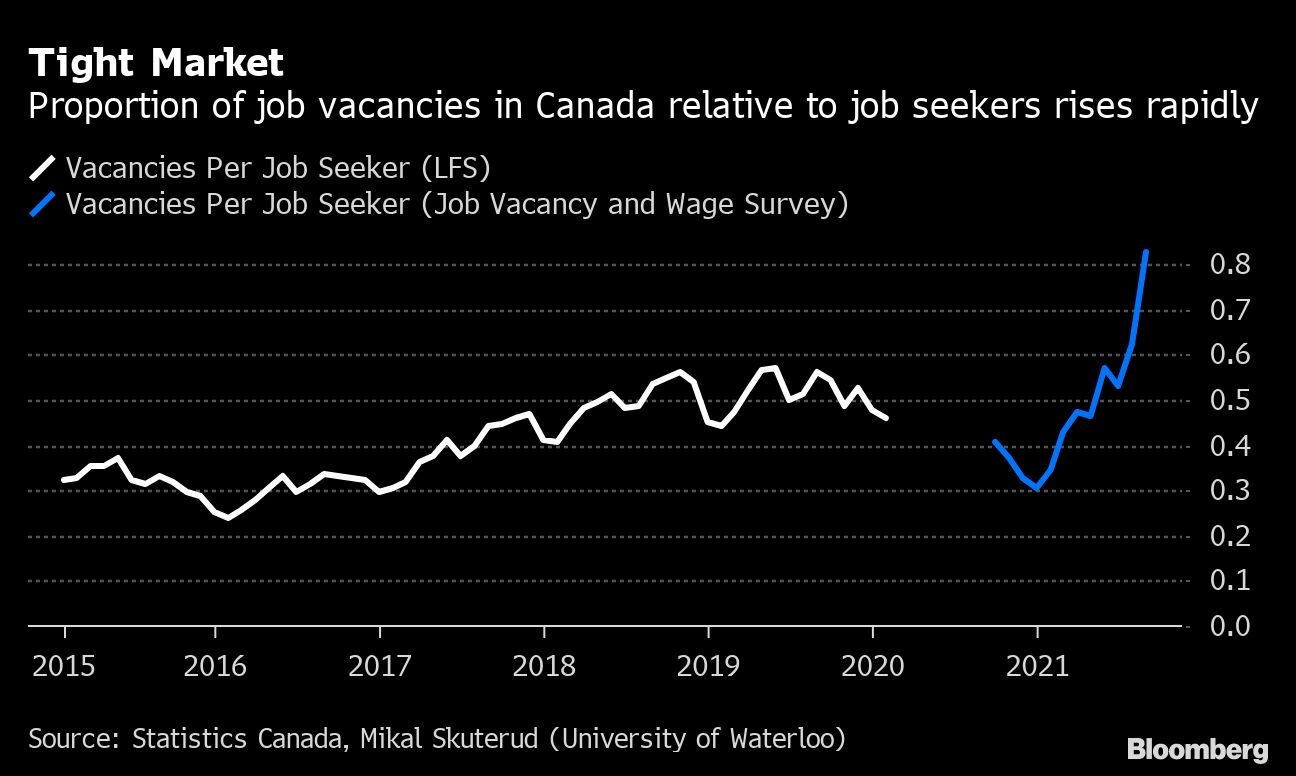 Still, Canada continues to lag the U.S., which has 1.4 job vacancies for every searcher, Skuterud said by email.

“While we’ve seen a big increase in labor market tightness in 2021, it is still modest compared to the U.S.,” he said. “This likely also helps explain why the U.S. is seeing much bigger wage gains at the lower end of the distribution than we are.”

Earnings were up 2.6 per cent in September from a year ago, according to the Statistics Canada report. The agency is set to release its November labor-force survey on Dec. 3.