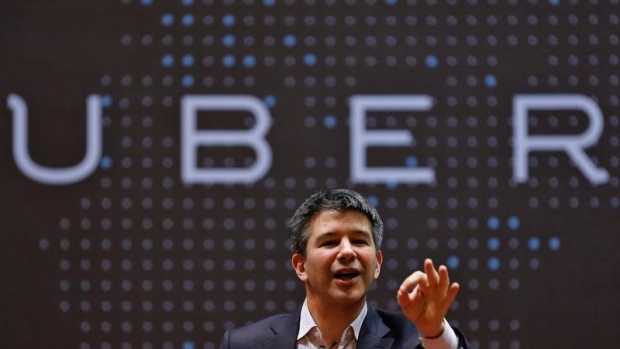 Uber CEO Travis Kalanick speaks to students during an interaction at the Indian Institute of Technology (IIT) campus in Mumbai, India, January 19, 2016. , Reuters

Former Uber Chief Executive Officer Travis Kalanick testified at trial on Tuesday that he believed Uber was lagging in self-driving car development and came up with a plan to hire a star engineer from rival Waymo to catch up with competitors.

Despite Kalanick's plan, Uber Technologies Inc still lags in the competitive field of autonomous vehicles. At some point, Kalanick became unhappy with the pace of development at Uber's Advanced Technologies Center, the hub of its self-driving car operations, according to his testimony.

Waymo sued Uber a year ago, saying one of Waymo's engineers, Anthony Levandowski, downloaded more than 14,000 confidential documents in December 2015 before Kalanick hired him at Uber in 2016. The jury will have to decide whether the documents were indeed trade secrets and not common knowledge, and whether Uber improperly acquired them, used them and benefited from them.

Waymo has positioned Kalanick as a main figure in the case, emphasizing his competitive nature and desire to win at all costs. During the trial's opening statements on Monday, a Waymo attorney said competitive pressures between the two companies were so great to develop self-driving cars that Kalanick decided "winning was more important than obeying the law."

The dispute between the two technology companies has captivated Silicon Valley and could help determine who emerges in the forefront of the fast-growing field of autonomous cars.

Kalanick, known to be hard-charging and combative in his work, appeared in court in a business suit and tie and offered soft-spoken responses, suggestive of the seriousness of the situation. How he presents himself, and the company he co-founded in 2009, to the jury is crucial, legal experts said.

Between his domineering personality, micromanaging tendencies and broad control over the company through stock ownership and governance rules, Kalanick largely made Uber in his image. He drove Uber's 2016 acquisition of Otto, the self-driving truck startup founded by Levandowski, which merged the companies' businesses and put Levandowski in charge of Uber's autonomous-driving unit.

Kalanick began negotiations with Levandowski while Levandowski still worked for Waymo and months before Otto had was formed. In court on Tuesday, Kalanick testified he was a "big fan" of Levandowski's.

Uber bought Otto about three months after it publicly launched.

Kalanick said he promised Levandowski and his team nearly US$600 million in incentive payments if they met certain technical milestones with the development of self-driving car systems.

Kalanick has stayed mostly out of public eye since he was forced by investors to resign in June. His exit followed months of scandal, including a public allegation of sexual harassment that triggered an internal investigation and resulted in more than 20 employees being fired, litigation and federal criminal probes that led shareholders to question his leadership abilities. He remains on the board of directors.

Kalanick is the sixth witness Waymo has called since Monday, when a 10-person jury heard opening statements in the case. He will also be called by Uber to testify.