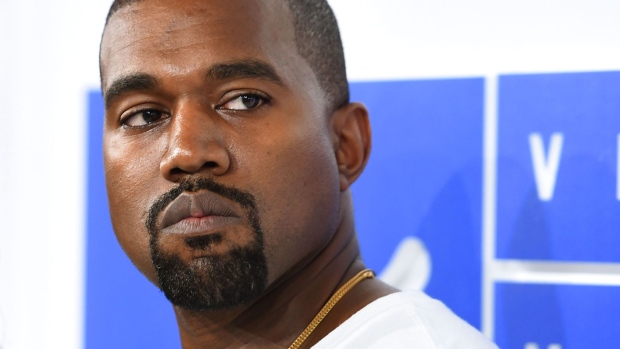 Kanye West doesn’t have a board seat at the companies that have increasingly staked their brands on partnerships with him -- and he took the beef to Twitter.

Companies face growing pressure to make their boards more diverse, especially after a summer of unrest related to the killing of George Floyd by police as well as the disproportionate toll of COVID-19 in minority communities. Black directors accounted for only about 10 per cent of new board seats in 2019.

Gap Inc. surged the most on record earlier this year after the company announced a partnership with West for apparel. Under West’s partnership with Adidas AG for sneakers, he retains creative control over design, while Adidas handles fulfillment and production. The agreement is set to end in 2026. Both companies use the Yeezy name for the products.

West previously raised the idea of joining the boards in July, when he threatened to walk away from his deals with Gap and Adidas if not granted a spot. He remains partnered with both companies.

Adidas made diversity commitments in June, pledging to hire Black and Latinx employees for 30 per cent of new positions in the U.S., though it didn’t tackle the board makeup. The German company also said it would invest US$20 million in Black community programs.

That didn’t stop some Black employees from criticizing the sportswear maker over its handling of issues of racial diversity. Karen Parkin stepped down as head of human resources in June, acknowledging in an internal memo that she wasn’t the right person to help create a more diverse workplace.

Gap hasn’t addressed its board’s diversity either, but said in June that it would double representation of Black and Latinx employees at all levels in its U.S. headquarters by 2025, especially in manufacturing and marketing.