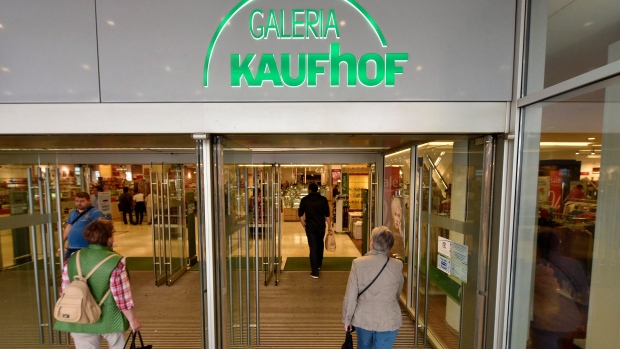 The Hudson's Bay Company confirmed on Wednesday that it has received an "incomplete, non-binding and unsolicited offer" for its Kaufhof unit from Signa Holding.

HBC said it will review the offer in “due course.”

“As we’ve previously stated, our European business is an important element of the company’s strategy,” the retailer said in a press release. “HBC remains focused on executing its strategy and plans for the upcoming holiday season.”

In a letter to HBC shareholders, Land & Buildings founder Jonathan Litt said that selling properties “at or above the Company’s stated NAV is likely the optimal and lowest cost option for raising capital — and further underscores the real estate value of the Company.” 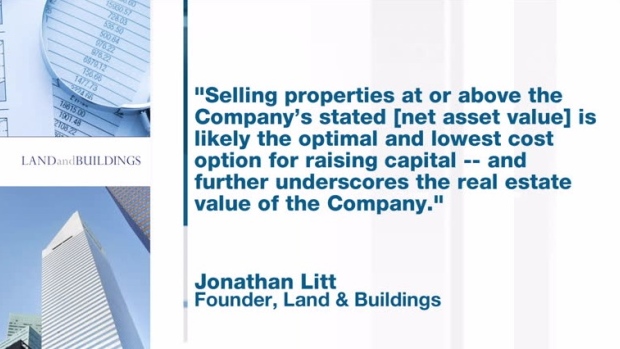 A portfolio manager at CI Investments, one of HBC’s top shareholders, agreed the retailer should take a long look at the offer from Signa.

“This is a sensitive time,” Joshua Varghese said in a phone interview with BNN. “The German workers are probably nervous about their jobs through the Christmas season,” he said, adding the board should seek an outside review of Signa’s offer due to HBC’s concentrated ownership.

“They have to engage an independent, special committee. There’s no way they should be allowed to decide this on their own,” he said.

The portfolio manager also pointed to HBC’s agreement to sell its flagship Lord & Taylor building in New York for US$850 million to WeWork as evidence of the growing power of HBC insiders.

The transaction, which saw the retailer sell the property and win an equity investment from Rhone Capital, was unanimously approved last week without input from minority shareholders.

“This sequence of events begs the question of why Hudson’s Bay felt compelled to raise capital through a dilutive share issuance when there appear to be superior sources of capital available,” Litt added.

Others echoed Varghese and Land & Buildings’ support an HBC-Signa deal.

“I think [HBC] needs to get out [from its Kaufhof locations] because, I’ve always said from day one, that they had too much on their plate,” Bruce Winder, co-founder and partner at Retail Advisors Network, told BNN in an interview.

“They had too many things on the go and you can’t do everything well. I always felt this German chain was a distraction to them.”

One money manager said that accepting the offer would signal a philosophical shift from the iconic retailer.

“If they’re going to agree to this and this deal gets done, it looks like it’s evidence of the fact that they want to be more focused, geography-wise with where they’re going with the business,” said First Avenue Investment Counsel CEO and chief investment officer Kash Pashootan.

“But, we all know the current model in that large, mall-anchor structure doesn’t work and change is a necessity to survive.”

Earlier in the day, Reuters reported Austria-based Signa had made a 3-billion euro offer to acquire the business.

The sources asked not to be identified because the offer is confidential. Signa declined to comment.

Signa tried to buy Kaufhof in 2015, but Hudson's Bay outbid it by paying 2.5 billion euros including debt for the German chain and its Belgian subsidiary. Since then, Kaufhof's finances have deteriorated, to the point where vendors are finding it more difficult to find trade credit insurance to make shipments.

- with files from Reuters