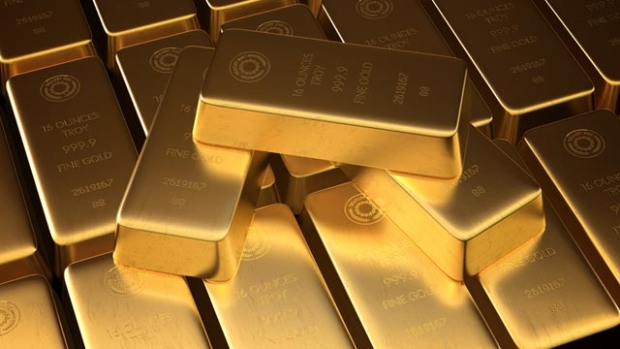 Canada's Kinross Gold Corp (K.TO) is looking to retreat from Chile and has put its main assets in that country up for sale, according to people familiar with the process.

The move comes at a time Toronto-based Kinross has suspended operations at Maricunga, its major mine in Chile, because of environmental concerns raised by the Chilean regulator.

The world's fifth-largest gold miner by output has hired Bank of Nova Scotia to help find buyers for its two main Chilean gold mines, the sources said. They requested anonymity because the matter is not public.

Interest has been very strong, with bids coming from mining companies from Canada, Chile and other parts of the world, the sources said.

"We have received expressions of interest for Maricunga and La Coipa, as we do for our other assets from time to time, and we continue to keep our options open," said Kinross spokesman Louie Diaz. He declined to comment on whether the company has begun a formal process to sell its Chilean mines.

Kinross shares turned positive after the Reuters report and climbed 1.2 per cent before paring some gains. The stock was up 0.5 per cent at $6.48 by mid-afternoon.

Citing environmental damage that has been disputed by Kinross, Chile's environmental regulator in March shut down the water system linked to the Maricunga mine. In 2015, that mine accounted for about 15 per cent of the country's gold production.

After a suspension in May, mining resumed in July, subject to ongoing regulatory proceedings. Diaz said the mine was suspended again that month, following pressure from the regulator.

Operations at La Coipa were suspended in 2013.

Chile produced 40,829 kilos of gold in 2015, according to government statistics, or about 1.4 million ounces.

Spurred by local demonstrations, Chile's enforcement of environmental regulations has become stricter in recent years. Some business leaders have criticized tougher rules and protracted court cases, saying they have driven away investment.

For instance, the huge Pascua Lama gold and silver project, run by another Canadian miner, Barrick Gold Corp, has been suspended since 2013 after problems that included permitting issues.

On a conference call on July 28, Kinross Chief Executive Officer Paul Rollinson said the company was "not in a situation where we need to sell assets", but no decision had been made on a sale.

According to the Chilean government’s lobbying transparency website, two representatives from Kinross - Bob Musgrove, VP of operations in South America, and Jose Letelier, VP of external affairs in Chile - visited with Mining Minister Aurora Williams on April 12 to discuss ‘information on the mine’s situation’. Letelier told Reuters on Thursday that the meeting concerned the environmental issue.

Kinross also has mines and projects in Brazil, Russia, Mauritania, Ghana and the United States.

Last year, Kinross acquired some Nevada assets from Barrick, and sources told Reuters at the time that Kinross was aiming to increase its exposure in safer mining jurisdictions.