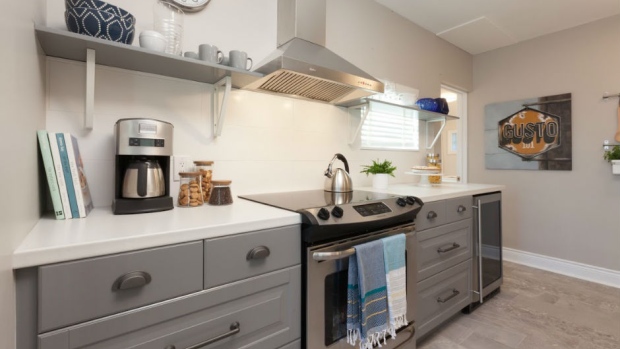 Homeowners looking to increase the value of their property will get the biggest bang for their buck if they renovate the kitchen, according to a new survey by real estate firm Royal LePage.

Renovating the kitchen could increase the selling price of a property more than 12.5 per cent, said the survey, which polled 766 Royal LePage real estate advisors across Canada last week.

“While updating a kitchen should increase your sale price, a pool can actually deter families with young children or those who are looking for less maintenance.”

The second best option for boosting the value of a home was to either have a finished basement or a new bathroom, according to the survey. Both had the potential to increase the selling price by between 2.5 and 12.5 per cent, depending on the renovation.

Other upgrades such as new windows or heating, a basement apartment and painting could bring up property value by up to 10 per cent, while outdoor renovations such as a deck and pool ranked last on the list. Those had a less than 2.5 per cent chance of bringing up a home’s selling price.

Meanwhile, more than 45 per cent of the experts surveyed said that baby boomers were the generation most likely to renovate their home, because many were planning to sell and downsize. They were also most likely to have the money needed for a significant renovation.

“Baby boomers run the risk of their property selling for a lower price or languishing on the market for longer than expected if they held their property for a long period of time without updating periodically,” said Storey.

In terms of cost, the survey found that prospective sellers were willing to spend up to 2.5 per cent of a property’s value on renovation prior to listing the home for sale.  That works out to about $15,138 on property valued at $605,512, which is the current median home price in Canada.