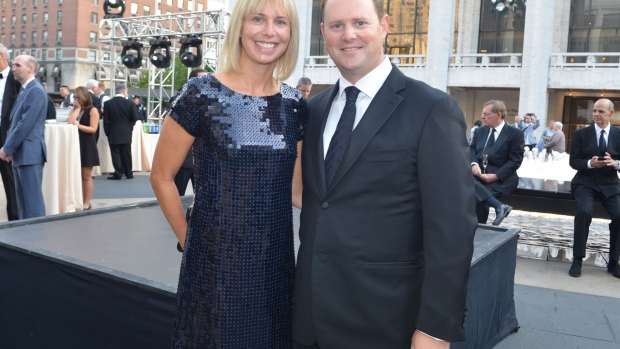 (Bloomberg) -- Alex Klabin, who recently left the hedge fund he started in 2008, has a forecast for what follows the chaos of the pandemic: People will seek out the timeless and enduring -- updated, of course, for the technology and habits of our time.

That view is driving his activities as an investor, entrepreneur and board member of the New York Philharmonic.

He has taken a minority stake in Sotheby’s, drawn to a 276-year-old business that has demonstrated it can auction art online as well as in person during the pandemic.

And he’s helping the Philharmonic, which has been hit harder by the virus. It has canceled about 18 months of performances, the longest hiatus in the orchestra’s 178-year history, resulting in $30 million of lost revenue. It has dismissed half of its administrative staff and slashed pay for its remaining top earners.

“The world’s crazy, the pandemic has caused all of us to scatter, and if there’s one thing that we’re all yearning for, it’s calming music in a place that we can convene,” Klabin said in an interview. “And that’s why I’m super bullish when Covid passes and the new David Geffen Hall gets reconstructed. It’s going to be a magical moment for New York City.”

He’s still looking for new board members as the chairman of the nominating committee, still Zooming into meetings of the investment committee, and he’s still attending Philharmonic benefits.

Not only did he get cozy on the couch Thursday night to watch the premiere of the Phil’s first virtual gala, he and his wife feature in it as honorees, sandwiched between Kelli O’Hara and Josh Groban singing Joni Mitchell’s “Both Sides Now” and a segment on the Very Young Composers program (as in 11-year-olds).

The gala, available on Youtube for the next two weeks, has a Ken Burnsian streak, with plenty of cleverly deployed photos and films: the late Leonard Bernstein, a former music director at the Phil, appears to conduct the current orchestra. There’s an animated, sepia-toned piece of sheet music. And violinist Joshua Bell recounts the orchestra’s first performance on Dec. 7, 1842, that drew an audience of 600 to a hall on lower Broadway.

It’s clear the Philharmonic takes comfort in its history as it navigates tumultuous times. It’s also adapting. Bandwagon, in warmer weather, drove the musicians in the back of a pickup truck to perform in the five boroughs.

And the momentum the orchestra had achieved before the pandemic is a reason to push forward under Maestro Jaap van Zweden, who arrived two years ago. There’s scaffolding outside Geffen Hall as its renovation progresses.

“If we can accelerate the project and reopen it at an earlier date it would send a message: We are New York, and we’ll be able to rejoice and say we are back,” Philharmonic CEO Deborah Borda said in an interview.

For Klabin, it’s about positioning the Philharmonic to meet anticipated demand for its product.

“We’re coming out of a Trump presidency which is chaos upon chaos, and we’re in a chaotic market environment,” he said. “The pace of change is accelerating, and frankly it creates anxiety. What the world usually wants tomorrow is the opposite of what it feels it has too much of today. We want those anchoring forces of calm, serenity and timeless truths. Classical music is relevant today as that convening and calming force.”