Larry Berman: When are interest rates too low?

The European Central Bank is expected to cut overnight rates 10 basis points to -0.5 per cent, and extend their quantitative-easing bond buying program at this week’s meeting. Outgoing leader Mario “Whatever It Takes Bazooka” Draghi is being replaced by Christine “Whatever It Takes TBD” Lagarde next month. The debate over the most effective policy tools to stimulate economic growth will dominate the market narrative in between tweets from Donald Trump against the U.S. Federal Reserve and central bank chairman Jerome Powell’s lack of commitment to easing policy. With Germany’s trade dependent economy, the backbone of the EU breaking hard under the global trade war, the ECB cannot afford a stronger euro, which would only hurt manufacturing. We can expect a bazooka-like effort from Draghi this Thursday. 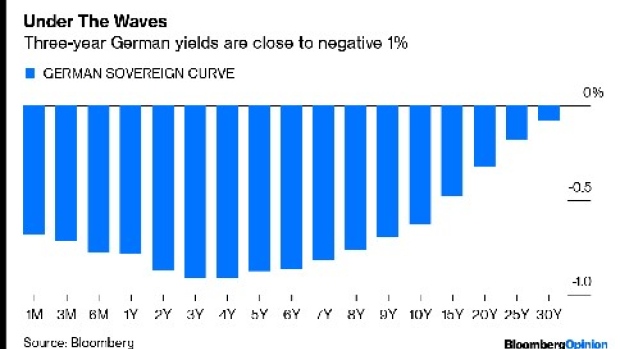 The leadership for low rates started in Japan about 20 years ago and moved into Europe under the bazooka of Mario Draghi in the now infamous July 2012 “Whatever it Takes” speech. But former Fed chair Alan Greenspan launched his first bazooka in 2001, after the tech bubble burst and the devastation of the Sept. 11, 2001 attacks accelerated the market plunge. We’ve been in a global battle for weaker currencies and low rates for two decades, so this is nothing new. But it’s now taking centre stage because after 20 years of actual results, we can see that its efficacy is waning.

The Bank of Canada (BoC) has been a bit of an anomaly amongst central banks. Canada got lucky in 2008 and 2009 as surging oil prices in the first half of the recession provided a huge benefit for Canadian trade and the economy was not hit nearly as hard. As such, we did not have to cut rates to zero and as oil recovered, we were able to raise rates faster than most. Recall that it helped to push the Canadian dollar to a premium over the U.S. dollar in 2007 and again in 2011 as oil prices again moved above US$100 before the U.S. fracking revolution sent supply through the roof. Energy prices do matter from the Canadian perspective more than in most countries, though the U.S. is now the largest oil producer in the world. High oil prices for most economies are a tax on consumption and a contributor to a weaker consumer. In Canada, we have the same consumer impact, but the pluses generally outweigh the minuses (except when your government does not support the industry). Last week the BoC was not as dovish as some hoped and if you believe the employment data (which is highly questionable), Canada’s central bank may not match U.S. rate cuts going forward. The battle is all relative.

China added stimulus last week by way of an adjustment to reserve requirements allowing banks to lend more, as Trump so eloquently reminded Powell in a midnight tweet storm. Low rates and economic stimulus by way of deficits will be even more in focus as we head into the U.S. presidential election in 2020, but also in Europe and Japan to stimulate growth. 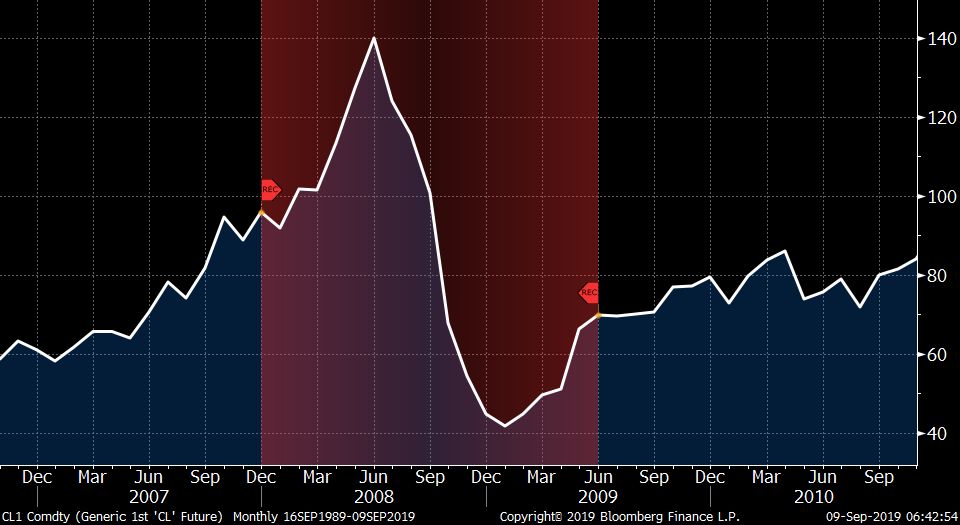 An article in the influential Barron’s magazine this week suggested that central banks should be raising rates, and governments should be running massive deficits to boost growth. Low rates are toxic for bank profits and could lead to a far worse problem for insurance companies and pensions funds – all of which we’ve talked about for years here on Berman’s Call. A few weeks ago, Germany issued a 30-year bund at a negative rate. That tells you that people expect prices to fall for 30 years because today’s euros are worth more than future euros. Why else would you pay the government to hold your money for you for 30 years?

If central banks and governments cannot see the problem with where rates are going and advocate for more of the same, your retirement funds are at risk of underperforming your life expectancy. It’s a major issue and the topic of my fall 2019 BNN Bloomberg Roadshow, called “Fixing Fixed Income - The elusive quest for a real return.”

If you’re NOT a millennial, you might remember the good old days where you could earn six to eight per cent with very little risk, by simply buying bonds. If you are greyer than I am, you’ll remember the bad old days of double-digit inflation and 15-per-cent bond yields in the 1970s. The great financial crisis ushered in a new era of massive debt and ultra-low rates. Now as far as the eye can see, fixed income is “broken” because, in real terms, rates are somewhere between zero and negative. Should you just forget about this asset class entirely? Is higher risk investing the new normal? Will inflation come back? Will Modern Monetary Theory and popularist politics turn the financial world on its head? Will we all be forced to pay banks to keep our cash safe in the near future? Join me for an overview of how to understand fixed income, how it has historically played a role in portfolios, and how/why we’ve arrived at the current paradigm.

It's not all bears and bond bubbles however. As usual, we’ll be showcasing portfolio techniques for thriving in the times we’re in, and what may be around the next corner. We’ll look at liquid alternatives, convertible bonds, options strategies and currency strategies as a source of yield, high yield without the high risk, and long/short tactics for navigating the forgotten world of fixed income. I’ll bring it all together for you in a portfolio context with ideas on how to use ETFs, along with less correlated investment instruments (like gold), to put these ideas into action.