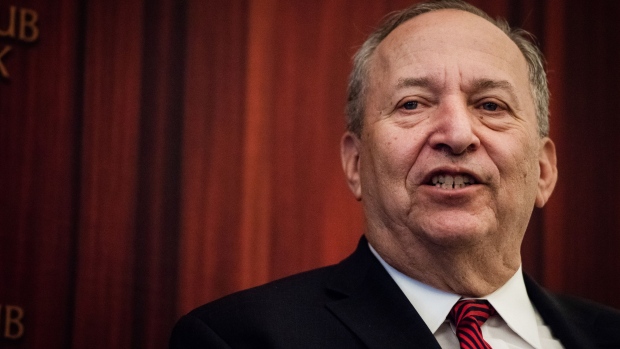 Former U.S. Treasury Secretary Larry Summers said the dollar won’t collapse despite rising federal debt and urged the government to ramp up economic stimulus to offset the impact of the coronavirus pandemic.

“The dollar is the world’s safe haven. It’s the place that money moves into when people get nervous about the state of the world,” Summers said in an interview Sunday on CNN’s “Fareed Zakaria GPS.”

“All of the dangers are on the side of spending too little right now, rather than spending too much,” said Summers, who headed the National Economic Council under President Barack Obama and was Treasury chief for President Bill Clinton.

It’s “right to worry” about the country’s rising debt level, but in a near-zero interest rate environment the government can afford to borrow more, Summers said.

And instead of lending money to credit-worthy corporations, it should prioritize helping the unemployed and lower-income families, he added.

“The fact that we’ve got an interest rate that’s essentially zero is telling us that the funds are available, and they are not going to crowd out anything important,” Summers said.

Summers reiterated his forecast that the pandemic will end up costing the U.S. $16 trillion when including the costs of lost lives and health on the economy, four times the cost of the Great Recession. He has previously warned that the U.S. economy would be in grave danger if federal stimulus lapses.

Congress and White House have been at impasse for months over a new stimulus bill. Nancy Pelosi, the House Speaker, signaled Sunday that she remains hopeful a deal can be reached before the Nov. 3 election.