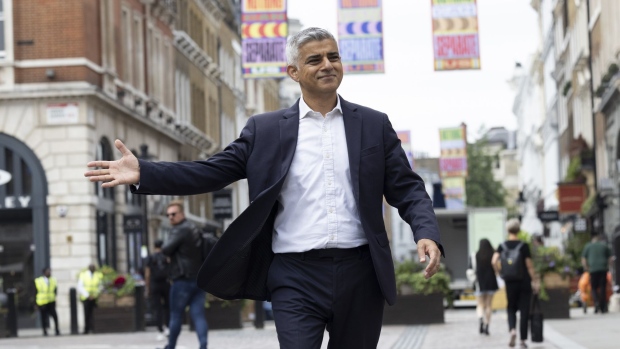 Drivers of older, higher-emitting cars have been charged £12.50 ($15) a day to drive in the Ultra Low Emission Zone that spans London’s central and inner boroughs, and those who fail to pay are fined £160. The policy will extend to the city’s outer reaches in August, affecting about 15% of vehicles in the area newly becoming part the zone.

The move has faced fierce opposition, including from campaigns in the boroughs newly set to be affected. Opponents argue they lack the efficient, frequent public transportation links enjoyed by areas closer to the city center and are more reliant on private cars. Average incomes also are lower in outer London.

Consultation documents published after the mayor’s announcement show the majority of respondents opposed the expansion: 59% of people said the Ultra Low Emission Zone, or ULEZ, should not be implemented citywide, and that number rises to 68% when responses from organized campaigns are excluded. Among respondents in outer London, 70% said the zone shouldn’t be extended.

Since the ULEZ was put in place three years ago, the number of licensed fully electric vehicles in London has increased more than fourfold, and the proportion of diesel cars has dropped by more than a quarter. Uber now does a greater share of trips with EVs in London than in any other major city. And London’s air quality — which was much worse than comparably sized cities including New York and Madrid — is now on par with them.

Khan first announced plans to expand the ULEZ earlier this year, drawing criticism that it will raise costs for poorer residents who will struggle to afford newer, cleaner vehicles. While he called expanding the ULEZ “one of the toughest decisions I’ve taken since I’ve been a politician,” Khan said he’s “not willing to allow political expediency to trump public health.”

Nick Rogers, the transport spokesperson for the Conservatives on the Greater London Authority, called for Khan to scrap the plan.

“Now is not the time to hammer Londoners with a £12.50 daily cost-of-living charge,” Rogers said in an emailed statement. “Residents have made their views very clear to the mayor: they do not want the ULEZ expansion.”

Khan will relaunch an initiative offering money to scrap polluting cars, with a new pot of £110 million available for eligible drivers to claim a grant or free public transport. Extra bus routes also will be introduced in affected areas, and disabled drivers will be exempt until October 2027.

The expansion brings almost all of London’s 9 million residents into the ULEZ, which was first introduced over a smaller central area in April 2019 and expanded in October of last year. The fees generally apply to gas-powered vehicles made before 2005 and diesel cars made before 2015. Older goods vehicles, motorbikes and minibuses also are affected.

Data collected by the mayor’s office and analyzed by academics at Imperial College London suggest the ULEZ has led to a significantly lower level of particulate and nitrogen dioxide emissions than otherwise would have been expected. About 44,000 fewer non-compliant cars are driven in central London on an average day as a result of the policy, according to Elliot Treharne, the city’s assistant director of transport.

Khan said he considered delaying the decision to expand the ULEZ and likely would have done so had the Greater London Authority not been able to find extra money for the scrappage fund.

“According to independent experts, there is no other scheme in the world — and we’ve looked far and wide — to see the level of improvements in air that we’ve seen in such a short period of time as a direct consequence of the Ultra Low Emission Zone,” Khan said.

(Updates with more detail on opposition beginning in the fourth paragraph.)