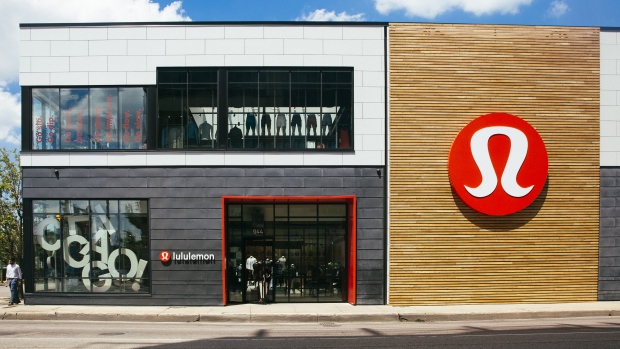 A Lululemon Athletica Inc. store stands in the Lincoln Park neighborhood of Chicago, Illinois, U.S., on Wednesday, July 10, 2019. The 20,000-square-foot (1,860 square-meter) space is the latest attempt by a retailer to lure customers with experiences that online shopping simply can't offer. , Taylor Glascock/Bloomberg

Wall Street’s predictions that Lululemon Athletica Inc. would be a winner during the gift-giving season turned out true on Monday, after the yoga-wear maker handily boosted its fourth-quarter forecast, pushing the stock to a record high above US$241 per share. It also led sell-side analysts to boost their estimates.

Lulu increased its per-share earnings forecast by 12 cents on both the low- and high-end of its previous range, and now expects the fourth-quarter to end in the US$2.22 to US$2.25 range. Its net sales view was also raised and the company now sees a quarterly comparable sales increase in the mid- to high-teens on a constant dollar basis, compared to its previous forecast of a low-double digit gain.

“While the evident strength in updated guidance is not a surprise, the magnitude of the upside is slightly stronger than we anticipated,” Stifel Nicolaus analyst Jim Duffy wrote in a note. Still, he believes Lululemon can produce results above even its higher ranges. 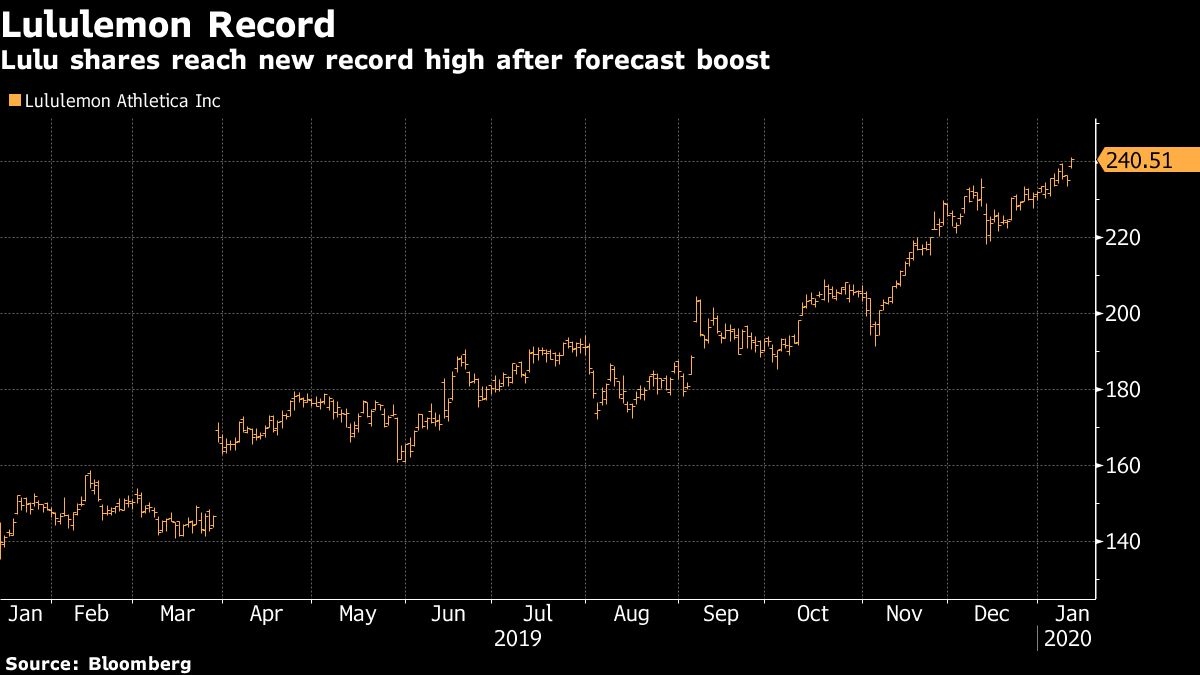 Just two hours after the company’s press release, both Duffy and MKM Partners’ Roxanne Meyer boosted their earnings estimates to the top end of the forecast. Both analysts rate the stock a buy. Meyer called the expected results “industry leading,” and noted that “roughly half” of the upside likely came from strong margins. She, along with analysts at Telsey Advisory Group and Deutsche Bank, were among the sell-side firms to predict over the past couple of weeks that Lululemon would be a holiday winner, with Meyer having called Lululemon the “ultimate standout” this holiday.

Company executives are attending the ICR Conference, which kicks off this morning in Orlando, but a formal presentation is not scheduled. Instead, members of the management team will meet with analysts and investors during the three-day conference.