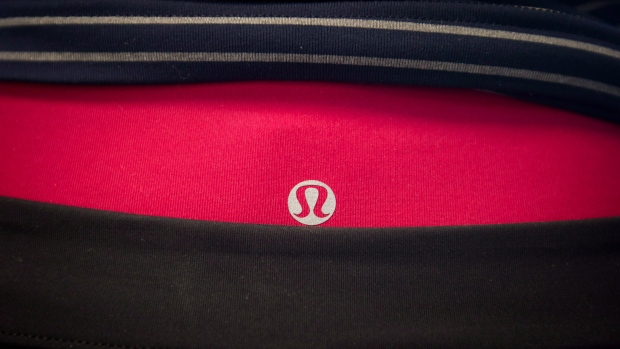 SAN FRANCISCO - Mutual funds that bought Lululemon Athletica's (LULU.O) stock in recent months may find themselves in a cold sweat if the retailer's quarterly report on Wednesday shows strong signs that leggings and other yoga apparel are falling out of fashion.

At least two stock analysts have reduced their expectations for the company over concerns that women are losing interest in the "athleisure" category that the Vancouver-based retailer helped popularize over the past decade.

Lululemon already faces relentless competition from Under Armour (UA.N), Nike (NKE.N) and a multitude of rivals selling less expensive gym-wear. A year of growth powered by an overhaul of its pants lineup may also be ending.

Mutual funds appear to have taken advantage of a 30 per cent drop in Lululemon's stock since late August to buy. That decline has left Lululemon trading at 23 times expected earnings, lower than its five-year average of 29, according to Thomson Reuters Datastream.

In the past quarter, 86 mutual funds became new owners of Lululemon stock, eclipsing the 58 funds that sold out, according to Morningstar.

Pointing to evidence from apparel trade shows that consumers are shifting away from athleisure and toward denim, Canaccord analyst Camilo Lyon last week downgraded Lululemon's stock to "sell" from "hold."

Mizuho Securities analyst Betty Chen, who recently cut her price target for Lululemon to US$60 from US$68, said women are favouring ripped and distressed jeans as well as "retro" athletic styles from Adidas (ADSGn.DE) and Puma.

"We see shoppers buying it and wearing it. You can also see a lot of it online through bloggers, and a lot of the young celebrities are wearing it," Chen said.

Typical Lululemon customers are likely to buy just three pairs of the company's pants in 2017, down from four this year, which implies US$127 million in lost revenue, according to Lyon.

Fidelity reported in October that it owned 15 per cent of Lululemon, making it the apparel seller's largest investor after Advent International, a private equity firm, which had a 15.8 per cent stake as of an Oct. 7 filing.

Analysts on average expect Lululemon's revenue to grow 13 per cent year-over-year in the October quarter, but some are concerned that executives might give an underwhelming forecast for the current quarter.