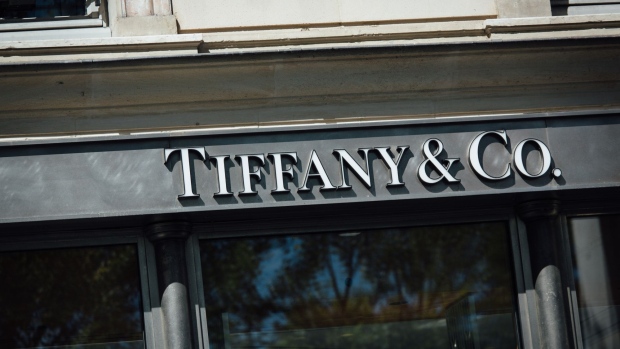 Tiffany & Co. launched a new verbal broadside against LVMH, saying the French luxury giant’s justification for backing away from a US$16 billion acquisition of the jeweler is baseless and misleading.

The riposte came after LVMH countersued Tiffany on Monday, weeks after moving to end its purchase of the iconic New York-based brand. The owner of Louis Vuitton said the decision was driven by the French government’s request to delay the deal’s closing and Tiffany’s mismanagement during the pandemic -- a claim the jeweler dismissed as nonsense.

“LVMH’s specious arguments are yet another blatant attempt to evade its contractual obligation to pay the agreed-upon price for Tiffany,” the jeweler’s chairman, Roger Farah, said in a statement Tuesday.

LVMH contends Tiffany’s business was devastated by the coronavirus outbreak, according to its filing in Delaware Chancery Court. Tiffany rejected the French company’s claim of a material adverse effect that would justify ending the deal. It said fourth-quarter earnings are on track to be higher than a year earlier and it rejected LVMH’s suggestion that it’s at risk of breaching debt covenants.

The jeweler sued LVMH earlier this month to force it to go forward with the deal, saying in a court filing that the French company is trying to use the pandemic-induced downturn in the luxury sector to negotiate a lower acquisition price.

In its counterclaims, LVMH also cited a letter from French Foreign Minister Jean-Yves Le Drian seeking a delay in closing the transaction as part of a trade war with the U.S. The letter amounts to a “legal restraint” under the terms of the buyout that prohibits the deal from closing by a Nov. 24 deadline, LVMH’s lawyers noted in the 96-page filing.

“Had LVMH actually believed the allegations made in its complaint, there would have been no need for LVMH to procure the letter from the French foreign minister as an excuse for its refusal to close,” Farah said in Tiffany’s statement Tuesday.

Judge Joseph Slights III has set a Jan. 5 non-jury trial to decide whether LVMH must consummate the deal.

Le Drian on Sunday called “excessive” the controversy surrounding his missive. “It’s my duty to protect French interests,” he told Le Parisien newspaper in an interview. “Regarding the trans-Atlantic situation, the trade disagreements we have are known. It was therefore my role to inform LVMH of my political appraisal of the moment.”

Bloomberg News on Sept. 10 reported that Le Drian wrote the letter after LVMH Chief Executive Officer Bernard Arnault leaned on the government for support in wiggling out of the takeover.

The deal was announced last November, but friction between LVMH and Tiffany emerged in March as the depth of the economic fallout from the pandemic became apparent.

LVMH said Tiffany’s losses tied to the COVID-19 pandemic are more significant than those suffered by the luxury retailer during the 2008 financial crisis. “The business LVMH proposed to acquire in November of 2019” no longer exists, the French company said in its countersuit.