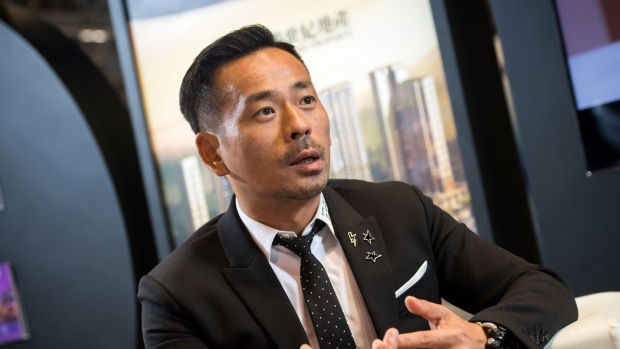 Alvin Chau, founder and chairman of Suncity Group Holdings Ltd., speaks during an interview during the Macau Gaming Show (MGS) at the Venetian Hotel in Macau, China, on Tuesday, Nov. 14, 2017. Suncity, the biggest junket group in Macau, is rewarding its high rollers with travel packages to attend the Kennards Hire Rally car race in Australia and a limited-edition Christophe Claret watch -- and it's reaping dividends. , Bloomberg

The casinos told Macau’s Gaming Inspection and Coordination Bureau that Suncity VIP rooms were suspended from Dec. 1, ending cooperation with the junket operator, the bureau said in a statement. Casinos and junkets in the Chinese territory must comply with the law, the regulator said.

The statement follows reports Wednesday -- including by Bloomberg News -- that Suncity, the biggest junket operator in Macau, was closing all its VIP rooms in casinos there and no longer paying some staff.

The arrest of Alvin Chau, one of the highest-profile figures in Macau’s gambling world, has smashed Suncity shares, and sent shockwaves through an industry already under siege from growing government intervention.

Even before Chau’s detention, casinos in Macau were reeling from proposed law changes aimed at bolstering oversight of the sector, which less than three months ago wiped $18 billion off gaming stocks.