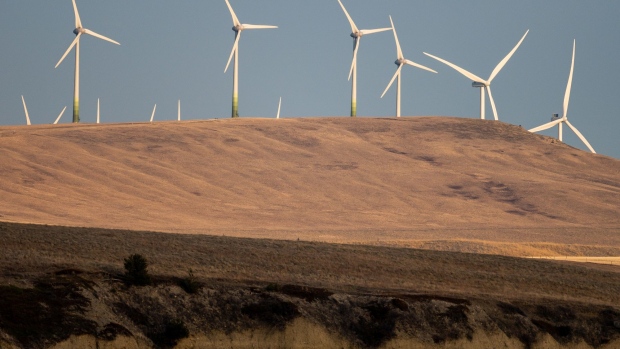 (Bloomberg) -- The dilemma of buying green bonds at higher prices than conventional securities with comparable credit quality could be eased if the ethical notes were deemed a tool for investors to deliver on their own net-zero greenhouse gas emission pledges, according to fund managers at Mackenzie Investments.

“Right now it’s the same creditor, the same issuer, there is zero benefit for holding a security, which is yielding less, unless you want to do something good,” said Konstantin Boehmer, a fixed-income portfolio manager at Toronto-based Mackenzie, which oversees C$195.7 billion ($151.3 billion) of assets. “But there’s no financial benefit for the client.”

The Partnership for Carbon Accounting Financials (PCAF), whose members include Morgan Stanley and ABN Amro NV, released a proposal late last year that includes calculating avoided greenhouse emissions related to the projects financed with green bonds. The draft, which was up for public feedback for several weeks, is focused on green bond deals issued by non-financial companies. PCAF officials didn’t reply to emailed requests and calls about the current status of the proposal.

“Maybe we’ll get to a state in the future where people are looking at green bonds as an equivalent to having carbon offset,” said Boehmer. “Maybe on some of my exposures, instead of buying the carbon offsets I will own more green bonds in my portfolios.”

To be sure, institutional investors are buying green bonds as well as other environmental, social and governance-labeled securities -- sometimes at premium prices -- in part because ESG investment vehicles attract and retain clients’ cash. For instance, the value of sustainable mutual funds and ESG-focused exchange-traded funds globally rose by 53% last year to $2.7 trillion, with a net $596 billion flowing into the strategy, according to data provided by Morningstar Inc.

The potential use of green bonds as a carbon offset is being assessed at a time when countries including Canada are setting up their ESG war chests, including carbon credit markets. Earlier this year, the federal government released a set of targets its industries must meet for the country to reach its greenhouse gas emission goals, and previously pushed ahead with a carbon tax.

“If you want to buy carbon offsets, you pay real dollars to do it,” said Boehmer, adding that such change may take years.

Canada’s Office of the Superintendent of Financial Institutions is aware of the PCAF consultation and looks forward to reviewing the public results, an official for the regulator said in an email. Bank of Canada didn’t immediately reply to a request for comment.

“It is part of a discussion of smaller groups and we have one -- I’m part of it -- we’re working on a subgroup for the Bank of Canada where that is being discussed,” said Boehmer. “If you generate some additional financial benefits for having green bonds, that needs to be properly audited.”