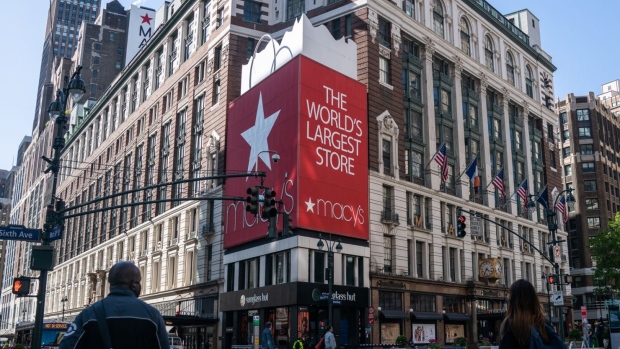 Macy’s Inc. plans to devote more of its shelf space to Black-owned brands, becoming one of the most prominent names to join the nascent 15 Percent Pledge movement for racial equity in the retail world.

The department-store chain follows retailers such as West Elm and Sephora signing onto the 15 Percent Pledge, a grassroots effort to increase representation of Black-owned brands in stores across the country. Macy’s said it will dedicate 15 per cent of its purchasing power across all product categories to Black-owned businesses.

Along with the Macy’s announcement Monday, InStyle US said it would devote 15 per cent of its magazine coverage to Black-owned brands and increase diversity in the models and celebrities featured in its pages.

The pledges add to a renewed push across Corporate America to address systemic racism following the police killing of George Floyd in May and subsequent protests. The 15 Percent Pledge, whose name refers to the percentage of Black people in the U.S. population, was launched this year to encourage large companies to devote that much of their shelf space to Black-owned businesses. So far, nine companies in the U.S. and Canada have joined this pledge.

“Now more than ever, we need to demand that retailers and other companies offer more than lip service to Black communities,” Aurora James, founder of the 15 Percent Pledge, said in a statement.

Bloomberg News in October reported Macy’s intention to sign the pledge. The department-store chain and InStyle didn’t say what percentage of Black-owned businesses they currently work with or give timelines for reaching the goals.

Durand Guion, vice president of Macy’s Fashion Office, said in the statement that boosting the number of minority-owned brands is part of its diversity and inclusion strategy. The company will hold itself accountable for “continued progress in driving sustainable change internally and within our industry.”